The English suffix -pathy comes from the Greek
-παθεια. Vary the prefix, vary the feeling:

ἀντιπάθεια – suffering instead, contrary affection, aversion (ἀντί = opposite, against);
εὐπάθεια – ease, sensitivity to impressions; in the plural, luxuries (εὐ = well, thoroughly);
περιπάθεια – violent passion, indignation (περί = around, near, concerning, beyond);
προπάθεια –anticipation; in the plural, forebodings of suffering (πρό = before, instead);
συμπάθεια – fellow feeling, affinity, (in grammar) analogy (σύν = with, together);
ἐμπάθεια – physical affection, passion, partiality (ἐν = in, into, on, for).

The nuances of the differences in meanings between these last two derivatives, the Greek originals of our words sympathy and empathy, carry over into English.

Empathy was originally defined as “the quality or power of projecting one’s personality into or mentally identifying oneself with an object of contemplation, and so fully understanding or appreciating it” (Oxford English Dictionary). Later, when it came to mean “the ability to understand and appreciate another person’s feelings, experience, etc”, the transfer of personality changed direction by 180 degrees. Sympathy is defined in the OED as “the quality or state of being affected by the condition of another with a feeling similar or corresponding to that of the other; the fact or capacity of entering into or sharing the feelings of another or others”, which doesn’t seem all that different from empathy.

However, in recent years there have been attempts to extend the definition of empathy in a clinical context, although no consistent definition has emerged. Here are a few examples of intensional definitions of clinical empathy, in order of increasing incomprehensibility:

“The ability to sense accurately and appreciate another’s reality and to convey that understanding sensitively.”

“The ability to understand the patient’s situation, perspective, and feelings and to communicate that understanding to the patient.”

Is empathy thus defined achievable? I think not. I have a hard enough time knowing how I feel in different circumstances without trying to imagine how others feel, even when I experience the same conditions that they do (their “situation”) and even were I able to adopt their perspective, appreciate how well they understand what I understand (or think I do), internalise their feelings, and execute appropriate action, given all the attendant uncertainties. And all that without losing the objectivity that is so important in therapeutic decision making.

“Sincerity—if you can fake that, you’ve got it made”, advice to actors variously attributed to comedians George Burns and Groucho Marx and the humorist Leo Rosten, is a cynical doctrine when espoused by politicians and businessmen. However, even if true empathy is, as I believe, unachievable spontaneously, and cannot be forced to occur, the ability to convey the impression of empathy is likely to be highly beneficial and should be cultivated. We have all experienced true sympathy, but we may have to be satisfied with impressionistic empathy.

Reading the burgeoning technical literature will help you to understand empathy. However, I believe that you will learn more about it by studying Meursault, he who lacks empathy, the protagonist of the novel L’Etranger, Albert Camus’s supposed photographic negative of himself; Alice Kaplan’s account of the genesis of the novel, Looking for the Outsider; and Kamel Daoud’s fictional riposte, Meursault contre-enquête (pictures). 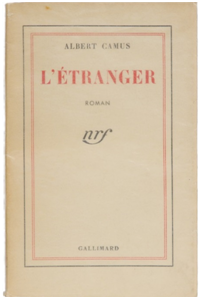 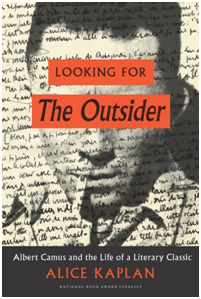 L’etranger (The Outsider) by Albert Camus (Gallimard, 1942), Looking for the Outsider by Alice Kaplan (University of Chicago Press, 2016), and Meursault contre-enquête (The Meursault Investigation) by Kamel Daoud (Editions Barzakh, 2013)