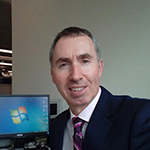 A white paper published by the Conservative government in 1944 proposed that a new National Health Service should be managed by local authorities. [1] The Labour Party was split on the matter, but after their general election victory in 1945 Bevan proposed a plan favouring nationalisation of all hospitals. And so the NHS was born.

Nearly 70 years later the role of local government in the NHS is once again being debated. The integration of services delivered through local authorities and the NHS is underway in every part of the UK. In England there are now several NHS Clinical Commissioning Groups being led by local government officers. So should the NHS be run by local authorities, and would it be better?

Local government has several inherent advantages when it comes to running local services. For a start they are less likely to be reorganised and therefore provide the basis for the longer term planning which is desperately needed. By definition they involve the local politicians who might otherwise oppose service transformation for electoral reasons. Local authorities tend to be better connected to communities and have a better chance of mobilising local assets and developing a community-based approach to prevention and self-care. Councils have had to manage a significant reduction in budgets. The support local authorities in England receive from government has reduced by 40% at the same time as demand increasing. Yet local councils have remained solvent and kept essential services going. The NHS has seen an increase in budget and has seen more organisations go into deficit.

Most importantly we need to re-think what a publicly funded health service is supposed to do. The original vision for the NHS was that by treating illness we would all become healthier and in the long term costs would go down. Instead we have a national illness service in which all but a tiny fraction of the budget goes into treatment and care. Probably only 10% of our health is attributable to healthcare, around 30% is down to our genes, but the remaining 60% relates to our behavioural choices and socioeconomic circumstances. [2] These factors such as housing, jobs, transport, and the environment are all responsibilities of local government. By giving local authorities the responsibility and budgets for healthcare you create a massive incentive to realign these socioeconomic factors towards improving health.

There is a downside. Local authorities are just that—local. They do collaborate through Combined Authorities and other arrangements. Greater Manchester is the exemplar in England, but for many areas managing regional or specialised services would require new agreements. Not impossible but not straightforward. The electoral cycle also brings a new rhythm. Getting decisions in elections years is different to other years. Clinical leadership will still be required, and in some places this may rub up against the role elected members feel they have in representing their constituents.

None of the challenges are insurmountable, and the prize could be significant. There are examples from other countries of a greater role for local government in health services. In Finland for example, public medical services at clinics and hospitals are run by the municipalities. Perhaps now is the time to set our organisational allegiances to one side and agree that the health of the people should be the supreme law.

Andrew Furber is the President of the Association of Directors of Public Health UK but has written this blog in a personal capacity. The views expressed are personal and not necessarily the view of his employer or ADPH.

[1] Ministry of Health and Department of Health for Scotland. A National Health Service. London, HMSO, 1944. Cmnd 6502