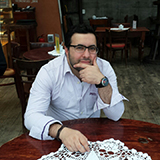 The Olympic Games are a major inspiration for people from all backgrounds and ages to participate in sport and lead more healthy lifestyles. We noticed great public engagement in all forms of sports following the London 2012 Olympics. This year, Public Health England and other organisations made use of the Rio Olympic Games to launch the Road to Rio Challenge.

Millions have watched as a number of athletes including Michael Phelps have been photographed with large red circles on their skin during Rio 2016. These are signs of “cupping” an ancient Chinese practice that is becoming popular amongst athletes and celebrities.

While there is no evidence to support the efficacy of both types, cupping practitioners claim that it is good for general wellbeing and is a cure for many ailments such as epilepsy, hypertension, pain, sports injury, and so many other conditions. However, the side effects of these procedures have not been highlighted enough.

In the case of wet cupping where a significant amount of blood is drawn out of the body one starts to question the safety of this procedure and the risks of Blood Borne Viruses (BBV).

At a time when councils are cracking down on illegal tattooists as they are rightly considered a risk to health, cupping practitioners are free to practice anywhere without any qualifications. There is no legal requirement for registration with a local authority, and no regulations or guidance for safety in place. This is a serious risk to public’s health that has gone under the radar of the health authorities.

Wet cupping practice is common among the Asian and African population ; it is performed in people’s homes and potentially under un-hygienic conditions. Some practitioners use animal horns instead of disposable cups which poses extra risk. This unregulated practice coupled with the epidemiology of BBV which has a high prevalence among the same population makes a perfect recipe for a health disaster in an uncontrolled environment.

This is a call for clinicians (GPs, surgeons, infectious disease, hepatologists and others) to raise their awareness if they see these purple marks on their patient’s back. It may be necessary to screen for BBV as there is a possibility of transmission.

Most importantly, paediatricians should ensure they check patients for signs of cupping as it is illegal for under 18’s to have such procedures done to them.

It is disappointing to see how the Rio spirit is inadvertently being used to harm the public’s health through advertising for unregulated and unproven practice.

I conclude with a call for the relevant authorities to regulate this practice and ensure tougher penalties are introduced.

Bayad Nozad is a Fellow with the Faculty of Public Health with a special interest in Blood Borne Viruses. This blog post represents his views only and no one else.