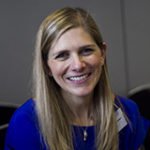 It feels like there has never been a better time to be a woman in leadership: we have a female prime minister following a two-woman contest; a female Scottish first minister; the first woman in US history to be nominated for president by any major party; women heading up the most influential economy in Europe and the IMF, and Rome has elected its first female mayor in almost 3,000 years.

Yet women are consistently typecast and caricatured, judged by how closely we live up to ideals and expectations of achievement in family life, appearance, and femininity. Until we are able to feel that these factors have as much impact on our careers as they do on those of our male counterparts, we will not have genuine parity, no matter how many leadership positions we occupy.

Although women are currently underrepresented in medical leadership roles—only 24% of trust medical directors are women, for example—there are several prominent, popular, and influential women currently occupying Chief Medical Officer and Royal College President seats, and having women at the top of organisations has been shown to change culture and improve organisational performance. Over 55% of medical students and over 57% of doctors in training are female and if this trend continues, women will make up the majority of the medical workforce within the next 10 years.

Doctors in the UK (particularly doctors-in-training) are generally well supported if we choose to take time out to spend time with our children, and for that I am hugely grateful: women in other sectors such as finance and law are far less fortunate. I previously worked less than full time (LTFT), worrying that if I didn’t take full advantage of the opportunities on offer I would be falling short of my maternal responsibilities. I had more than one existential crisis during that time: I would find myself thinking wistfully about what my colleagues were up to whilst fulfilling what I often felt to be the Sisyphean tasks of child and home care, and at work feeling pressure to demonstrate and reaffirm constantly my passion and commitment. Now that I work full time and have young children, I find that I often have to defend that choice and explain myself. I don’t see the men around me feeling under the same pressure or being subject to the same level of scrutiny over their decisions.

Similarly, not having children is something that women leaders feel they have to defend. Andrea Leadsom’s notorious comments on Theresa May’s childlessness were not merely an ill-judged political own-goal—they were so inflammatory because they touched a raw nerve: they forced us all to reflect on how we judge and assess women in positions of power. Both Theresa May and Nicola Sturgeon have spoken publically about their lack of children not being a personal lifestyle choice. But why do female leaders have to make these public admissions when the same is not required or expected of men?

How many column inches have been dedicated over the last few weeks to our new prime minister’s choice of footwear?  I don’t recall seeing a single item on David Cameron’s shoes when he came to inhabit No. 10 Downing Street.

As women, we are expected to be the Goldilocks of leaders: to have children, ideally—if not, to have a good reason why not, and if so, to not spend too much or too little time with them; to be attractive and pay attention to our appearance (no scrunchies c.f. Hillary Clinton’s famous faux pas), but not overly so, lest we stray into vanity; to be sufficiently feminine such that we are seen as tough enough for the job, without trying too hard to be part of the old boys’ club (Margaret Thatcher was pretty much damned if she did and damned if she didn’t). Sheryl Sandberg describes this eloquently by illustrating how adjectives such as “bossy” are ascribed predominantly—and punitively—to women.

My peers are now beginning to take on leadership roles, and it strikes me that our generation is uniquely placed to influence the language—and thereby the culture—of leadership, in healthcare and beyond. We need to hold men and women to the same standards in their personal and professional lives. Although the world is beginning to change, bringing up children is still generally seen as a job for women and a hobby for men. Although male leaders do not escape comments on their appearance (Donald Trump and Jeremy Corbyn certainly haven’t), there is no doubt that female leaders generate the majority. And although women who are tough, firm, and assertive are respected, they are also somehow less admired (witness some of the snide and sniggering remarks about Angela Merkel and Hillary Clinton).

Now, with so many capable and inspirational women in leadership roles, it is time to reflect on the ways we talk about both women and men. So when you next consider describing or discussing a colleague, peer, or public figure, stop and think: would I say this if that person was a member of the opposite sex? If the answer is no, you should probably think again.

Miriam Fine-Goulden is an ST8 in Paediatric Intensive Care at Great Ormond Street Hospital for Children in London and is currently working at NHS England on the FMLM National Medical Director’s Clinical Fellowship Scheme. She tweets @finegoulden