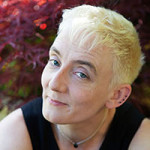 The Royal College of Surgeons of Edinburgh have recently called for a change in the way we refer to junior doctors–“junior” and “trainee” sounds too pejorative and affects the morale of these “highly skilled and dedicated professionals.”

I’m not convinced that this kind of change would make a lot of difference to doctors’ morale or burn-out rate, which seems to stem from slightly more complex causes than job titles, but if it helps, fine. All I ask is that you remember the patient while thinking of an alternative.

I’ve heard doctors introduce themselves to patients as “the FY1” or “the F2,” which is completely incomprehensible. I’ve heard them introduce themselves by name without any title, which isn’t particularly helpful. I’ve also heard them describe their role in context (“I’m the doctor on-call…”) which at least lets us know what they are doing there. “Trainee” sounds like a medical student, but I’ve also seen medical students being warmer, more helpful, and more useful than some consultants, so it may not be such a bad thing.

Mostly, though, the hierarchy of medicine is fairly irrelevant to me. It’s often hard to tell doctors from nurses, seniors from juniors, students from qualified staff. If I have to judge someone’s seniority, it is more likely to be based on their confidence and air of authority than the colour of their scrubs or the latest medical acronym. Terms like “foundation  year” or “core trainee” are just not clear to most patients, or even to many nurses; and even the older terms such as “house officer” or “registrar” have been shown to make no sense to most of us. Introducing another title altogether, even if it makes doctors feel better, isn’t going to help the patients work out who is allowed to do what.

Argue about the hierarchy as much as you like, but don’t forget we’re in the team too. If you want to tell me who you are, use language we all understand; referring to yourself as a “doctor” will do. In any case, I’m likely to base my opinion of you on how you behave, not what you’re called.