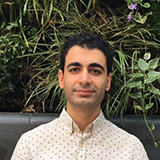 As a junior surgical trainee, it is exciting to consider the prospect of virtual reality (VR) in surgical practice. Interestingly, VR technology as a surgical training tool was introduced to the surgical community over a decade ago, but due to insufficient scientific evidence of its efficacy there was a delay in adopting the technology. There are now several studies that have shown a link between VR simulated training and improved performance in the operating theatre. I will discuss some of these studies and consider the potential impact of VR in surgical training.

A randomised, double-blinded study was performed at Yale University with the aim of looking at whether VR training offers technical advantages to surgical trainees in the operating theatre. Sixteen surgical trainees were randomised to VR training or non-VR training (control group). These trainees had to perform a laparoscopic cholecystectomy under the supervision of a senior surgeon blinded to the trainee’s training status. To minimise confounding factors, baseline surgical assessments were performed for all trainees and there was no difference between the two groups. The VR group used the MIST VR system which offered the trainee a 3-D scaled operating space. Targets can be set to appear in the space to allow the trainee to manipulate the target with virtual instruments. The results showed the VR trained group were able to perform the procedure faster and with fewer errors in comparison to the control group.

Another randomised controlled study was performed at the University of Washington which looked at the use of a VR simulator as a “warm-up” exercise prior to robotic surgery and how this impacts on task performance. Fifty-one surgical trainees were randomised to either have a 3-5 minute VR simulator warm-up or read a leisure book for 10 minutes prior to engaging with robotic surgery. Results showed improved performance and reduced errors when performing basic robotic surgical tasks post VR warm-up.

On 14 April 2016, the world’s first surgical case was filmed in 360 degree VR at the Royal London Hospital and was streamed live. The viewer can visualise everything that is occurring in the operating theatre from a perspective of a camera positioned above the patient. It is this event that made me realise the impact VR can have on surgical trainees.

In the world of professional sports, athletes regularly warm-up prior to matches to improve their performance. After the match, the coach typically replays footage to highlight to the player areas of weakness or exceptional performance. As we learned from the studies mentioned above, VR simulators have proven to improve trainee performance and reduce intra-operative errors. It may be that one day surgeons will routinely engage with a VR simulator prior to operating on a patient as a means to stretch their psychomotor skills. The 360 degree VR camera can be used to replay a particular part of an operation to the trainee and highlight bad surgical habits or showcase good surgical techniques.

Additionally, this will be a great way to monitor a trainee’s progress and competency with a procedure.
I believe we need further data similar to the studies discussed above to further affirm the benefit of VR to the surgical community. I would not be surprised if VR becomes a core tool in giving quality feedback to surgical trainees in the future.