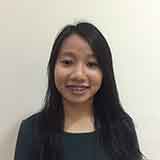 Prime Minister Modi’s recently concluded four-nation tour to Africa is primarily regarded as part of his larger energy diplomacy outreach. However, what is often overlooked are the enormous investment opportunities that African markets offer—especially in the midst of stagnating markets elsewhere. The agenda for this visit was centred on two themes: (a) mutual economic interests, and (b) common development aspirations. The pharmaceutical sector presents a meeting point for both goals—of exporting medicines to Africa, as well as creating manufacturing bases in Africa.

The India-Africa partnership on medicine access has been a longstanding one: in 2001, when pharmaceutical giants were suing the South African government for attempting to source cheaper forms of antiretroviral (ARV) drugs, Indian generic drug manufacturer Cipla volunteered to sell the generic version for less than one dollar a day in Africa. The beginnings of this partnership, in many ways, paved the way for the development of a global action plan on access to medicines: the United Nations introduced a high level panel on access to medicines; and both the Millennium Development Goals, and its successor, the Sustainable Development Goals, include specific targets dealing with the issue. Cipla’s decision also allowed African nations to make headway in their fight against the HIV/AIDS epidemic.

India still remains a major supplier of affordable essential drugs to developing countries. Despite necessary compliance with the TRIPS (Trade-Related Aspects of Intellectual Property Rights) conditions—particularly relating to the inclusion of medicine patents—the country has managed to nurture a booming domestic generic drug industry, and has been a strong advocate for access expansion. Today, Indian-made ARV drugs constitute 80% of Africa’s total consumption. According to Médecins Sans Frontières, India is the principal source of pharmaceutical drugs by volume for South Africa.

Continued production of generic drugs has, however, led to increased scrutiny of India’s IPR (Intellectual Property Rights) practices. India is under constant pressure from the United States and the European Union to align with more stringent IPR norms. Stricter IPR would inhibit generic drug production, which in turn would lead to higher drug prices.

Against this backdrop, Prime Minister Modi and President Obama’s move to establish an annual intellectual property working group has set off alarm bells among key medicine importing countries in the African region. In addition to this, the Indian government has recently introduced its first national IPR policy despite a perfectly functional and globally competent patent law. The South African health minister, Aaron Motsoaledi, in an interview, stated: “I have heard a rumour that they [India] want to reverse their [IP] policies. We are very scared and worried.” At the third India-Africa Forum Summit (IAFS-III) too, several African leaders urged India to maintain its pro-public health stance.

India’s position continues to be in support of generic drug manufacturing for increased drug access: this point was reiterated by J.P. Nadda, India’s health minister, just last month at the United Nations General Assembly. Modi’s visit also clearly signals that Africa figures high on India’s priority list, and consequently Africa’s requirements must be taken into account. While this means India will continue to maintain a stable export of drugs to the region, it is time to take a further step: establish a Make-in-Africa initiative.

The African pharmaceutical industry is growing at an unprecedented pace: its market value is projected to rise up to USD 40-65 billion by 2020. High economic growth in Africa is increasing the purchasing power of its citizens; thus, offering the prospect of higher consumption and more lucrative markets. Moreover, the African region is taking targeted steps to jumpstart local pharmaceutical production through the Pharmaceutical Manufacturing Plan for Africa (PMPA) and additional incentives at the country level. This provides both regions with a strategic opportunity to further individual interests.

Indian generic companies stand to benefit significantly by investing in Africa. Firstly, Indian manufacturers can take advantage of the international IPR exemptions for the least developed countries (LDCs): as was agreed by the TRIPS Council, the LDCs have leeway on protecting intellectual property until 1 July 2021. Secondly, this move from exporting generic drugs for African markets to producing them in Africa would be a relatively smooth one. Indian firms have already established steady supply chains: this nuanced understanding of African markets will make setting up manufacturing units easier. Thirdly, many African governments are emulating the Indian IPR model—this again provides a familiar frontier for Indian pharmaceutical manufacturers to enter into. Lastly, Make-in-Africa allows Indian companies to continue expanding medicines access regardless of any possible future alterations in India’s IPR policy.

On Africa’s side, there are also obvious benefits: local production means a more reliable source of pharmaceuticals under public control. Domestic manufacturing also brings with it more jobs—in the pharmaceutical sector and other linked sectors.

The Prime Minister’s visit is indicative of strong political will from both sides. It reinforces Africa’s prominence in India’s wider foreign policy strategy today and in the future. Leveraging traditional tools of economic diplomacy in newer areas like pharmaceutical production presents a win-win arrangement for both regions.

Tanoubi Ngangom is a researcher at the Observer Research Foundation. Her work focuses on India’s development cooperation, India’s role in global processes, and the political economy of global health.