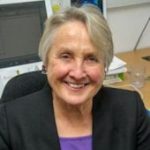 In late July 2016 the Scientific Advisory Committee on Nutrition (SACN) and Public Health England (PHE) announced new recommendations on vitamin D. SACN reviewed the evidence at the request of the Department of Health, which asked whether the previous recommendation, that most people would get enough vitamin D from sunshine alone, was still appropriate.

Some people have asked whether the review was because there has been an increase in rickets in recent years but in fact levels remain low.

SACN found it was not possible to recommend how long we need to spend in the sun to achieve adequate vitamin D blood levels as there are a number of factors that affect skin synthesis of vitamin D.

The committee concluded, therefore, that everyone needs a daily dietary intake of 10 micrograms (mcg) throughout the year to protect musculoskeletal health. The recommendations assume minimal sunshine exposure and refer to average intake over a period of time, such as one week, and take account of day-to-day variations in vitamin D intake.

SACN also considered whether there were any associations between vitamin D intake and other health outcomes such as diabetes, heart disease, and cancer, but found there was insufficient evidence to make any recommendations.

PHE data show that in late spring and summer average population vitamin D blood levels are much higher than in autumn and winter. This is because there are not enough UVB rays in sunlight to produce vitamin D in the skin from October to the end of March, so people have to rely on foods that naturally contain or are fortified with vitamin D.

This led PHE to make the public-facing recommendation that people should consider taking a daily 10mcg supplement in the autumn and winter if they don’t eat enough food containing or fortified with vitamin D. These foods are oily fish, red meat, eggs, liver, and fortified breakfast cereals and low fat spreads.

It is especially important for those at risk of vitamin D deficiency to take a daily 10mcg vitamin D supplement throughout the year, whatever the weather. These groups are people who are housebound, in care homes for example, or always cover their skin when outdoors.

People with dark skin from African, Afro-Caribbean, and South Asian backgrounds should also consider taking a 10mcg supplement all year round.

Babies and young children are a vulnerable group, and while official advice continues to be to exclusively breastfeed for the first six months, as a precaution babies from birth until one year should be given 8.5 to 10mcg vitamin D drops daily.

From one year up to and including age four, children should be given 10mcg vitamin D drops daily. If babies are fed over 500ml of formula each day, they don’t need the drops, as formula is already fortified with vitamin D.

Doctors and other health professionals are well placed to advise whether patients should take a 10mcg supplement as they can consider whether they are in an at-risk group and help the patient look at their diet.

Vitamin D supplements are affordable—a year’s supply costs less than ten pounds. If you’re eligible, you can get them on prescription free of charge. Some women and children in low income families may also be eligible for free supplements through the government’s Healthy Start scheme.

These new recommendations don’t mean we should stop wearing sunscreen. People can get enough vitamin D by having short bursts in the sun, so a brief walk outside for example. But it’s important for sunbathers or people spending long periods of time in the sun to protect their skin and cover up before skin reddens or burns, to reduce the risk of skin cancer.

In summary, the people who should take a daily vitamin D supplement are those who don’t go outside, always cover their skin, have dark skin or are 0 to 4 years old. For the rest of us, it depends on whether we get outside for short bursts of sunshine and eat enough food containing or fortified with vitamin D. If not, then a supplement is something to consider in autumn and winter.

Take a look at the NHS Choices page on vitamin D for further information.

Professor Hilary Powers is chair of the SACN vitamin D working group and professor of nutritional biochemistry at the University of Sheffield.