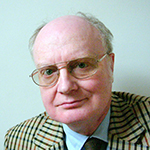 I stand on a cliff top and ask my dog to bark twice if it doesn’t want me to jump. It fails to bark so I jump. That is a paradigm for our situation with the EU referendum. “The country has spoken” are the words we hear time and again, delivered with the same reverence that ancient Greeks reserved for pronouncements of the oracle.

Very few understood that the European Union is a peacekeeping institution established in the wake of two terrible wars. Very few appreciated its vital role in protecting the environment. Had the referendum question been “should we abolish the NHS?” framed in an attempt to gain a resounding “No,” then hijacked by the far right to trick voters into voting “yes,” would we be now abolishing the NHS?

A benevolent dictatorship, it is often said, is better than democracy. And paternalism can better than putting the patient first. If a crazed bunch of fanatics enter a surgeon’s office and demand that their legs be sawn off, that surgeon should refuse. And if our future Prime Minister is asked to trigger article 50 of the Lisbon Treaty, they should refuse. Yes, a prime minister has to answer to the country. But they also have to answer to their own conscience and to the judgment of history.

We can stop this madness now, before massive and irreversible harm is done. Terrible crimes are committed in the mistaken belief that “there is no going back.” (A phrase associated with the brutal killing of the Tsar and all his family in 1918). Horrific things are done by people who were “only following orders.”

The oracle has spoken, but we are not its slaves. “Stuff the oracle,” is all we need say.