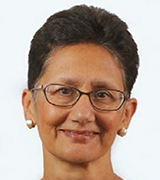 After months of stalemate, a brief pause has been suggested so that both sides in the junior doctors’ dispute can take a deep breath, and get back to talking. How might this pan out?

Let’s start by being quite clear: Paediatricians have always delivered a 24/7 service and the government’s own equality assessment shows that the new contract disadvantages doctors who are parents and carers. But whatever the litany of rights and wrongs of this dispute, trust between junior doctors and government is at rock bottom. It seems to be stretching credulity to the limit to believe this is mere carelessness, so what motive could there possibly be to destroy the morale of a stable, home-grown workforce, committed and proud to serve in a publicly funded healthcare system?

A possible best case scenario: The BMA and government manage to get back to the negotiating table; a mediator is identified who is respected, neutral, and acceptable to both sides; terms and conditions are agreed, but trust has been damaged and the underlying malaise within UK healthcare that is at the heart of plummeting morale remains unaddressed.

Alternate scenarios: Strikes escalate, or the junior doctors capitulate. Either way morale suffers a death blow. Recruitment, retention, and rota gaps, already at an all-time low, worsen; expenditure on locums rises further; acute and primary care finances go deeper into deficit; patient care worsens. If the High Court rules that the Health Secretary cannot impose the new contract, Foundation Trusts proceed to do as they please, in accordance with the provisions of the 2012 Health and Social Care Act. National terms and conditions vanish; the workforce collapses. Government introduces a health insurance scheme. The UK no longer has universal healthcare, funded through central taxation, free at the point of need, and available to all. Government no longer has a problem.

Even better scenario: The public wakes up to a realisation that their health services are tumbling about their ears, are outraged that at a time when spending is being savagely constrained, a larger and larger proportion of the healthcare budget is being deflected into the pockets of middle-men and for-profit enterprise, and realise that pretty soon they will be at the mercy of a multi-tiered system, with infants, children, and the most vulnerable at the bottom of the pile, just as they were pre-1948. The public demands a new NHS fit for the 21st century, one that embeds its magnificent founding principles in a modern public sector service in which quality is driven not by financial incentives but by demonstrable achievement of best patient outcomes, where every penny from the public purse is well spent, technologies are harnessed competently, accountability is a cardinal responsibility of government, and workforce morale is restored.

And don’t forget: To be a doctor will always be the greatest of privileges; what could be more rewarding than caring for children and their families? But great healthcare requires an efficient, moral health system within which to operate: government take note, healthcare and health systems are not commodities, but are as essential to the very fabric of a nation as clean water, clean air, and protection against terrorism.

Neena Modi is Professor of Neonatal Medicine at Imperial College London and as President of the Royal College of Paediatrics and Child Health, leads the UK’s 15,000 paediatricians.

Competing interests: NM is President of the Royal College of Paediatrics and Child Health, membership of which includes trainee paediatricians.