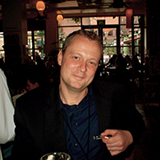 As another bout of industrial action concludes in the junior doctors’ dispute, the BMA junior doctors’ committee leadership has won outright. Their leaders were carried in triumph down Whitehall, celebrating Jeremy Hunt’s resignation as Health Secretary over the issue. “Jerexit” deepened the Government’s split over Europe, and a subsequent wave of defections to UKIP destroyed the Conservative majority in Parliament. There is speculation that Her Majesty may ask JDC leader Johann Malawana to form the next government.

Oops. Sorry, I must have dozed off there. Let’s try again to see what’s just happened.

As another bout of industrial action concludes in the junior doctors’ dispute, the government has won outright. Junior doctors pleaded to be allowed to go back to work with their politically misled tails between their legs, promising to accept that Jeremy Hunt knows more about seven day working and statistical data than they do. Party activists’ beloved Conservative Home website shows Mr Hunt installed as hot favourite to be the next party leader (subject to his regularly saying “cripes!” and amusingly getting stuck on a zipwire).

[Shaking myself awake] Nope, that didn’t happen either.

So where have we got to in this dispute? Both Jeremy and Johann have proven themselves half as much use as the Grand Old Duke Of York: each has successfully marched their troops up to the top of the hill, to contest the moral high ground of patient safety over what is fundamentally an argument about pay, terms and conditions.

Marching them down again? Not so much of a clue about that, on either side.

This political cul-de-sac risks becoming an impasse (pardon my French). Neither side has left themselves room for manoeuvre. As good negotiators go, they aren’t.

The great professor Don Berwick rightly told NHS leaders recently that “you cannot achieve excellence in conflict with your workforce.” The goodwill and discretionary effort of all clinical staff, of whom junior doctors are a key group, is not an optional extra: it’s how the NHS stays upright.

So this dispute has to end. How might it happen? Here are a few options.

1. A clear, outright victory for either side
As the “dream” scenarios at the start of this blog indicate, this is beyond the realm of the rationally possible.

2. An attritional, drawn-out victory for either side
To the tiny extent that either side can be said to have a strategy, this is probably it. While the Government has bigger Brexit fish to fry currently, it will not want an medium-term, open-ended fight with some of the medical profession; and a post-referendum Cabinet reshuffle is likely, offering an opening for change. Conversely, we must wait and see if the professional and public support for the junior doctors’ case remains strong through further action.

4. More money being provided
HM Treasury is strongly set against giving the NHS any more money, particularly for recurring spending such as pay.

5. Using medical technology
It might not be straightforward to find two volunteers who were diplomatic negotiators and willing to undergo major surgery to end up as a Jeremyalike and a Johannalike, but face transplantation is now technically possible. (The literature warns that we have to look out for chronic rejection, but both sides seem pretty familiar with that already.)

Andy Cowper is the editor of Health Policy Insight.