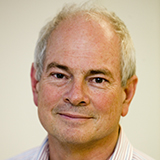 The stated aim of the recent King’s Fund conference, “Integrating care throughout the patient’s surgical journey” was to align the objectives of the NHS five year forward view and the Royal College of Anaesthetists’s Perioperative Medicine Programme.

For me, the message was that trying to see things from the patient’s point of view gave the best chance of success. That’s because the individual patient experiences healthcare as a single journey, even though it’s doled out in disconnected lumps, by a bewildering array of people.

Patients Dr Kate (“Hello, my name is…”) Granger and Fiona Carey were on hand to testify to that, and to argue that so many of the problems they faced in their interractions with doctors centred on communication. That, and “we see things you don’t see, and know things you don’t know,” in Carey’s words.

It was hard to ignore the current financial context. In the opening session, every statistic that Celia Ingham Clark (National Director for Reducing Premature Deaths) reeled off was going in the wrong direction. Just one: hospital waiting lists up to 3.25m from 2.5m in the past few years. A physician at a DGH thought there were no longer any surgical patients in surgical beds; they’re full of medical patients. A consultant surgeon said that healthcare used to be delivered by trainees. “Now they’ve taken the trainees away without putting anything in their place.“ During her ITU stay, Carey could see a special air mattress intended for her for a day and a half until the frazzled nurses had time to replace her uncomfortable one.

And yet, and yet. Steven Reid, a liaison psychiatrist at St Mary’s discussed the Mental health Concordat, involving a multiplicity of agencies, that seems to have made giant strides in a short period, without a massive infusion of money. Most of the initiatives that have collectively improved survival from emergency laparotomies cost peanuts, although they mean consultant surgeons and anaesthetists have to get out of bed in the middle of the night.

Various promising new initiatives were described—PQIP, ELPQuic—all of which had the collection of data at their heart. “Any business that doesn’t monitor its quality will fail,” said one participant, the point being that the NHS behaves towards its outcomes insufficiently like a business.

Another quote from Fiona Carey: “Whatever is being done is being done brilliantly somewhere.” The funnel plots of survival vs surgical volume in several presentations backed her up. If brilliance is possible in just one place, here and now, it should be possible elsewhere. It’s a variant of the meaning of black swans: if you see one on somebody else’s pond, there can be no insurmountable reason why you shouldn’t be able to coax one on to yours.