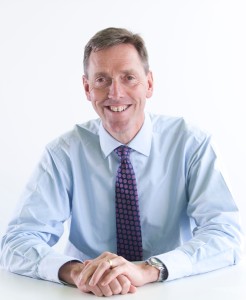 When I first became a GP, general practice was organised in a way that was so easy to describe to people. We had practices serving defined local communities and we had family practitioner committees (FPCs), which provided a bit of light touch administration. And that was that.

Compare this blissful simplicity with the plethora of primary care organisations that now provide and commission care. The other day I tried to explain the current structures to a medical student but I could tell from her face that I wasn’t making much sense.

Practices remain, I’m glad to say, albeit a bit bigger and a bit less relaxed than they used to be. But now we have (in alphabetical order, because this taxonomy makes as much sense as any) accountable care organisations, clinical commissioning groups (CCGs), clusters, federations, integrated provider partnerships, locality groups, mega-practices, multi-speciality community providers, networks, NHS England, place based provider groups, primary and acute care systems, primary care homes, super-partnerships, and probably lots of others, the inventors of which I’ve offended with my forgetfulness.

There are a few people who are able to provide a coherent description of these structures and explain their purpose and their relationship to each other, but not many. In part I guess this is because most of them seem to be in a state of constant flux, buffeted by the winds of fashion and Orwellian Newspeak. Even the big daddy of re-disorganisation, the purchaser-provider split, is being quietly airbrushed from history. A quarter of a century after the abolition of FPCs, it is reasonable to ask whether this complex set of new structures is simply the result of a judicious mix of historical accident, politics, and organisational amnesia, or whether they add value to our quest to improve care for patients.

There is actually some logic to each of the new structures. We have known for many years that there is no ideal size for healthcare organisations and that form should be determined by function. We know that small and well bounded organisations find it easier to be more responsive to their local communities and that they promote a strong sense of shared responsibility among their staff. Small organisations are often highly efficient because they are able to tap into the most valuable asset of the NHS: the good will of the staff. We know that when organisations join together in networks they often become better at sharing scarce resources and spreading learning. And we know that large organisations are usually more able to address population health challenges, such as service-wide integration and inequalities.

So in this complex world we do need to be flexible in accepting the need for multiple forms to address different functions. But the reality is that many of the “new” organisations in general practice are remarkably similar in form and purpose, despite their different names. In place of a free for all, some evidence informed planning would be helpful.

Where do we go from here? Excuse my Virgo traits but it would be nice to tidy up the landscape a bit, in a way that makes it easier to explain general practice to my medical student, to our hospital colleagues, and perhaps even to GPs themselves. But most importantly, let’s not get too excited about structures. The evidence is clear; organisational form matters less than shared values and purpose, conversations, and relationships. That’s where we need to put our energies.

Martin Marshall is a GP in East London and professor of healthcare improvement at UCL.