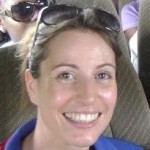 Never talk about religion, politics, or sex the old adage goes. The continuing debate about abortion covers all three, which may go someway to explaining the fervor with which all sides defend their viewpoint.

Planned Parenthood in America appears at first glance to be an unremarkable organisation. It offers contraception, testing, and treatment of sexually transmitted infections, screening for cervical and other cancers, and sexual and reproductive health education and outreach programmes. In November 2015, a man entered a Planned Parenthood clinic in Colorado shooting and killing three people, and wounding nine others. Two months earlier a clinic in Washington was victim to a targeted arson attack. Since 1994, Planned Parenthood clinics have been the site of a stabbing, two episodes of bombing, and a further shooting leading to two fatalities. This “domestic terrorism” is because, in addition to the services above, Planned Parenthood is also an abortion provider, carrying out 327,653 abortion procedures in 2013. It is the subject of some debate as to what proportion of its services are dedicated to abortion. Planned Parenthood claim it is only 3%, and there is no mention of abortion at all on their “about us” web page.

Planned Parenthood hit the news in July 2015, when The Center for Medical Progress, an anti-abortion organisation, released covert video footage which they claim proved that Planned Parenthood was illegally selling aborted fetal parts for profit and changing abortion methods to deliver intact specimens. Five separate state investigations have cleared Planned Parenthood of any wrongdoing. Independent experts found that the videos had been manipulated, and that the transcripts associated with the videos were misleading. In a twist of events, last week it was reported that the two anti-abortion activists who carried out the hidden filming have been charged with a felony count of tampering with government property. It is easy to see how those carrying out the attacks on Planned Parenthood in September and November may have felt that the summer Center for Medical Progress report gave them some moral justification for their actions.

There is strong evidence that harassment of clinic patients and staff is common; picketing of clinics and homes of staff members, physical contact with patients, vandalism, bomb threats, and posting pictures of patients online are just some of the reported tactics of anti-abortion activists. Clinic escorts are widespread in America; these volunteers walk with women and their accompanying relatives or friends as they approach the abortion clinic. Lauren Rankin speaks movingly about her experience shielding and distracting women from the screaming anti-abortion protestors as women run the gauntlet just to seek legal healthcare.

Religion and politics are core influencers of individuals’ stance on the morality of abortion. Although America has the separation of church and state written into its constitution, the federal American government has restricted funding for abortion services since 1976, and there are long-standing calls for a total ban on funding all Planned Parenthood services. Although non-religious arguments against abortion exist, there are clear religious divides even between denominations, with those who believe that abortion should be illegal in all cases and those that believe that abortion should be legal in all or most cases. The two main political parties in America are similarly divided in their views:

“The Democratic Party strongly and unequivocally supports Roe v Wade [the 1973 supreme court ruling about a woman’s right to have an abortion] and a woman’s right to make decisions regarding her pregnancy, including a safe and legal abortion, regardless of ability to pay. We oppose any and all efforts to weaken or undermine that right.”

“We [the Republican party] support a human life amendment to the Constitution and endorse legislation to make clear that the Fourteenth Amendment’s protections apply to unborn children. We oppose using public revenues to promote or perform abortion or fund organizations which perform or advocate it and will not fund or subsidize health care which includes abortion coverage.”

As republican controlled states introduce legislation which seems designed to restrict women’s access to abortion clinics it is hard to see how religious beliefs are not strongly influencing political policy.

The emeritus Professor of Obstetrics and Gynaecology James Drife published a short but striking article in The BMJ in 2013. In it, he describes the “Romanian experiment.” At the beginning of the Communist era in 1966 contraception was restricted, and abortion banned. In 1989 the law was relaxed, and the number of legal abortions first rose sharply, then fell as women were able to use modern contraceptives. The key point I took away was how the national fertility rate remained stable during this time as women sought illegal abortions, but maternal mortality rose dramatically, peaking at 147 per 100 000 births. This horrific figure can be explained by the risks women were forced to take through using unregulated and illegal abortion services. Maternal mortality in Romania now sits at fewer than 20 per 100 000.

This real life example cemented my belief that women should be able to access safe abortion procedures. Restricting access to abortion doesn’t mean that fewer abortions occur, just that more women die. Whatever your religious or political beliefs, I find it hard to justify an argument for “saving” the foetal life by preventing legal abortion, when the result is the loss of both mother and baby. It’s why I struggle to use the term pro-life for those who oppose abortion; it neglects to consider the life of the woman.

Deborah Kirkham is an ST5 trainee in Genitourinary and HIV Medicine currently on secondment as a National Medical Director’s Clinical Fellow.