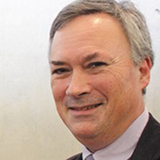 Groups like mine which advocate for market interventions to restrict advertising, raise taxes, control fast food outlets and the like, are having a tough time making progress. Governments prefer to change health behaviour at the individual level through education, through subtle nudges and social marketing campaigns, and, especially, by devolving responsibility to local, community-level interventions.

There is no denying that community interventions have potential: the Ottawa Charter for health promotion clearly recognised community empowerment as the key to better community health. Community interventions provide valuable opportunities, especially if we take care not to widen health inequities by failing to reach those who need them most, and not to increase victim-blaming or a sense of failure among participants who fail to lose weight, or a sense of failed community cohesion if a project suffers high drop-out.

Can we identify what works? As part of a study into obesity and obesogenic environments, a cross-European collaboration (SPOTLIGHT) investigated over 100 community projects and followed this up with three in-depth studies, one each in the UK, Denmark, and the Netherlands. The research team gave an outline of their findings at a meeting held in Brussels towards the end of 2015, and their findings make interesting reading.

A second lesson from the SPOTLIGHT study is that obtaining information about interventions—any information, let alone detailed responses on each of the RE-AIM dimensions—proved remarkably difficult. Finding contact details for community interventions is not straightforward. While national government officials may know of some projects, many community initiatives take place below their radar, and only local health professionals may have an overview of what is happening on their patch. Having obtained some contact details, the researchers still had trouble: phone calls and emails were not answered and had to be repeatedly followed-up. When survey questionnaires were sent, they were not answered, or answered in part only. [One tip for researchers: send a pre-answered questionnaire so that the respondents can say ‘yes, that’s right’ or ‘no, it should be this’.]

Why were the staff involved in running the projects unwilling to disseminate or publicise details of their work? In part, this may have been because the RE-AIM evaluation framework did not allow the staff to admit that the initial intentions of the project were not being met, even if the new directions were proving successful. By asking what the purpose of the project had been at the start, it was hard for staff to say this had not worked, and that other things were now being tried.

Equally, even if a project was successfully achieving its original goals it may not have a budget or any incentive to encourage staff to publicise their work. Staff may be volunteers, or exhausted, or just unskilled at responding to external researchers asking challenging questions. Sharing details about the project with researchers or even with other projects or the public was not a built-in part of the project’s output.

The SPOTLIGHT study echoed previous findings that projects should avoid being “top-down” by ensuring that all participants (beneficiaries, staff, funders) are involved in the planning process when the project is first mooted. This is a problem, because there is usually no money to undertake this planning until a project gets funded, but the funding is only provided after the project has been described and the funding application submitted. A solution would be to encourage funders to offer two-phase funding, with money available for the planning phase.

Lastly, complex community-based interventions can experience tensions between delivering a high-quality, effective project in a short period of time on the one side, and achieving engagement in the community and its organisations and leaders on the other. Funders should be clear on their expectations for short-term process results and longer-term outcomes in terms of engagement and empowerment in the community.

Details of nearly 100 initiatives across the European Union have been published as a map-based interactive website.

Tim Lobstein is director of policy at the World Obesity Federation, London UK an association of national and regional professional groups concerned with research and treatment of obesity, and with advocacy for healthy bodyweight. He is also a visiting professor at the Public Health Advocacy Institute of Western Australia, Curtin University, Perth, Western Australia.

Declaration of interests: the World Obesity Federation received funding from the European Commission in order to participate in the SPOTLIGHT project.