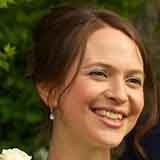 Junior doctors received a text on Monday 4 January informing them that the negotiations over the junior doctor’s contract had ended. Industrial action in England is going to proceed. It left one feeling somewhat flat.

The first day of industrial action will be on the 12 January when only emergency care will be provided for 24 hours. This will be followed by 48 hours of industrial action on 26 January. Finally on the 10 February there will be a full withdrawal of labour between 8am—5pm. The mandate to strike given by 98% of BMA voters runs out next week, so this seems a last minute attempt to gain some ground.

The letter from Johann Malawana, chair of the BMA’s Junior Doctors Committee, to Danny Mortimer, NHS Employers Chief Executive, was articulate and cutting. It suggested that the government’s “Summary Offer to the BMA” reviewing what had been established in good faith during negotiations was misleading and different to the positions agreed during face to face discussions. Malawana expressed his ”surprise” and ”disappointment” at the tone and selective commentary of what the BMA thought had been achieved.

Jeremy Hunt immediately wrote to the BMA expressing “sincere” disappointment and emphasising how ”extraordinary” he found it that the BMA had not fully considered the proposals put forward. The small final point of “pay over the weekend,” which clearly is not something the government think is important to junior doctors and their families, was the only factor that remained undecided in Hunt’s view. And as such the government seems to be implying that the BMA are being unreasonable.

Yet again we are left with much to be explained. And a sense that behind closed doors there are some serious errors in communication and interpretation going on—if all is to be believed. Or the government are trying to pull a fast one (surely not?)

The junior doctor’s forum on social media re-ignited, having been dormant over the Christmas period. There seems to be a mixed response. After the inspiration and joy of an NHS Christmas number one, where one felt that people cared and the country were behind the NHS, there’s a definite thud as we drop to earth. There is concern about the lack of notice given. Certainly, it will cause maximum disruption as hospitals struggle on with winter measures and now there will be a sudden strike. But will this mean that there is less support from the public and consultants? Will this result in a half-hearted strike like in 2012? It’s hard to know.

As the wheels of social media gear themselves up again in an attempt to whip up support and get a “message” out there, quite what the message is nobody knows. Junior doctors are left feeling confused and underwhelmed but still wanting to “win.” The mix of frustration, mistrust of government, and fear over the future of the NHS means that there is still a lot of resting tension. As it stands, junior doctors don’t seem to have another choice. And so they’ll walk dazed, but one feels bravely, into a strike.

Jessamy Bagenal is a general surgical registrar in North West Thames and currently undertaking a National Medical Director’s Clinical Fellow scheme. She is based at The BMJ as an editorial registrar.