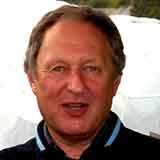 Support for their junior colleagues from senior doctors has thus far been strong. What surely must have been almost the entire consultant body at the Royal Free Hospital (505 of them) wrote to The Guardian in their favour, the presidents of (almost) all the Royal Colleges were also behind them in their letter written not to a newspaper, but to the health secretary Jeremy Hunt.

Yet, the terms in which their support was phrased bears some attention. The Royal Free Hospital consultants said: “We regret, yet clearly understand, that public protest and possible industrial action by doctors has become necessary to safeguard these basic requirements.” The colleges wrote to the Jeremy Hunt to say…”We would urge the government to create the conditions where both NHS Employers and the BMA can reopen dialogue and constructively work towards a contract that supports staff to deliver the best care for patients.” In effect, they laid claim to the moral high ground—unqualified support for the junior doctors tempered by regret and urging a return to the negotiating table.

In other words, public pronouncements have interfused unequivocal statements of support for the case that the BMA has made on behalf of its junior members with a clear and simultaneous call for both parties to return to the negotiating table. That the BMA called off the strike at the eleventh hour and both parties resumed talks via ACAS was understandably welcomed by almost everyone.

The BMA’s decision yesterday to announce that the negotiations had again broken down and that industrial action was to resume in a week’s time has in effect forced the seniors to reassess their stance. Yes, they could re-assert their earlier position but it is now incredibly difficult to see how the BMA could possibly return to the table without the seemingly remote eventuality of the NHS Employers making prior concessions. Until now, it has been possible to simultaneously adopt a stance that both supports the juniors yet without specifically endorsing industrial action. That is no longer a viable option. Support for the juniors now means support for their industrial action and that it turns out must mean support for the all-out strike scheduled for Wednesday 10 February.

It somehow seems unlikely that bodies such as the Royal College of Physicians will come out in favour of an all-out strike by thousands of doctors. (I do have to declare here that while a member of RCP Council, I cannot predict their collective decisions). It may now be difficult to separate the unqualified support that I and most senior doctors have had for the junior doctors’ cause from the action they have now decided to take. Maybe the stage in the dispute has now been reached where supporting the junior doctors becomes synonymous with supporting the strike.

In order to win—although one does wonder if any party ever really wins once a strike is called—junior doctors will depend far more on the support of the public than their seniors. There will be expressions of sympathy and concern for their junior colleagues but it is beyond impossible for senior doctors to join in the days of industrial action in any meaningful way. It then becomes unclear how the profession could sustain the united stance that has so far been a rather wonderful consequence of the present dispute. No doubt the government would be delighted to exploit any perceptible disunity within the profession. So the challenge for the seniors now becomes how we can display our support for the juniors as we cross the picket lines to look after our patients.

When I joined in the 1975 junior doctors’ industrial action as a house officer at Guy’s—and a strike was never on the cards—there was sustained public sympathy. It was widely known that doctors worked daft hours and their overtime was paid at a third of the basic rate. Back then, the doctor that patients and their relatives saw on the ward on Friday was also there that night, all day and night on Saturday, all day and night on Sunday, and was still around all day on Monday. Times have changed. The key issue now is not really whether and how us senior doctors maintain our support but whether the public will continue to choose to do so once the action starts. A strike that is ineffectual will collapse so the crucial question is how far the public can be inconvenienced yet remain supportive of junior doctors.

Difficult times lie ahead as the first strike by doctors in this country is now almost certain to take place. To paraphrase Hobbes’s celebrated view on life, this whole episode will probably be nasty, maybe even brutish, but let us all hope it will be short.

Ian Forgacs is a consultant physician.