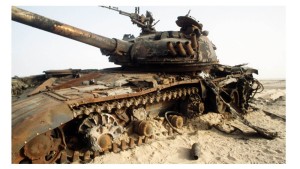 “We were deployed to attack civilians in their homes.” He stood in front of our 700 strong audience, bared the horrors of his experiences, and shared the pain of his realisation, all with brutal honesty. He described a standard operation carried out by British soldiers in Iraq: waking a family from their sleep with an explosion of the front of their house, holding them at gun point, separating men from women and children, bagging their heads and tying their wrists, smashing their belongings, stealing their documents, and leaving. He estimated that 95% of those on the receiving end of this procedure had no links to terrorism or militarism.

There was nothing elaborate, highfalutin, or particularly artistic about this ex-British solidier’s delivery, and yet I’m sure I wasn’t the only one in the room moved to tears. Tears not only at the pain and suffering inflicted on innocent civilians, but as much at the ability of humans to dehumanise people just like them. He went into the army wanting to serve his country and instead he learnt to obey and to kill without question “to go to war and kill the enemy; any war, any enemy.” The standing ovation that he received wasn’t enough to express our respect and gratitude for his brave rendition of the uncomfortable truths about his life before he joined Veterans for Peace.

To follow this personal story, Miri Weingarten of Physicians for Human Rights Israel revealed findings collected by a team of medical experts in Jerusalem, Amman, and the West Bank this year. The experts documented injuries sustained by civilians during Israeli attacks, finding that 49% were sustained at a civilian’s home, and 15% were sustained while in refuge at a UN shelter. Weingarten also highlighted the destruction of 17 hospitals and 56 primary care facilities as part of the increasing toll of conflict on civilians.

The particularly concerning trend of healthcare facilities being targeted in war, is exemplified by the recent bombing of Kunduz hospital. With photos of the hospital before and after the bombing, Jose Antonio Bastos of MSF demonstrated how the damage was not collateral from nearby explosions; rather it resulted from a bomb that landed directly at the GPS coordinates of the hospital. Bastos explained how the GPS coordinates of the hospital were provided to all military forces on a monthly basis, the hospital had stood for four years, and it was the only lit building in the area. The motives of this attack on a neutral healthcare facility remain unclear.

Perhaps health professionals are well placed to bring together narratives with evidence; challenging emotions with the science and facts behind complex realities. On the subject of peace, such juxtaposition is both powerful and necessary.

Somehow, the “Health through Peace” conference organised by Medact, MSF, the Quakers, the Lancet, and the BMJ managed to face uncomfortable truths with a sense of optimism and purpose. Across the two days, plenaries and workshops addressed issues from the challenges of providing healthcare in conflict situations, to the intersection of gender, violence, and health, to the dangers of remote warfare.

1945 to 2045 is a century of two great transitions: the development of weapons of mass destruction, and major anthropogenic alteration of our environment. So said Paul Rodgers of the Bradford Institute for Peace studies in his opening keynote speech. Environmental change was a recurring theme at the conference. Environmental change can precipitate conflict, and the health impacts of conflict are more severe in the context of climate change. Seas (which do not have clear national borders) become increasingly important for energy generation, fewer resources (especially water, energy, and land) are divided between more people, and uncertainty and migration precipitate state instability. An example of the intersection of environmental change and conflict is that of Syria, where climate change doubled the risk of drought, repeated droughts led to massive rural to urban migration, and massive influx into cities precipitated conflict.

Adroitly painting a picture of the UK arms trade, Andrew Feinstein (former South African MP) highlighted the hypocrisy of fuelling conflicts and refusing to provide asylum to those affected. In 2013, the UK government drew up a list of 28 countries of concern, and licensed weapons sales to 18 of these in the same year. Against the argument that the arms trade is an important source of employment, Feinstein quoted that in the UK we subsidise arms exports with £700 million per year; more than £10,000 per worker in the industry. Indeed, the skills used for arms research and development are much needed in the field of renewable energies. In 2013, the UK government spent 25 times more on research and development for arms than it spent on research and development for renewable energies.

While small arms continue to fuel conflicts, nuclear weapons continue to embody “a small risk of an utter catastrophe” according to Paul Rodgers. As health professionals, we deal with risk calculations on a daily basis. Ira Helfand of International Physicians for the Prevention of Nuclear War highlighted the pivotal role that health professionals have had in educating politicians about the dangers of nuclear weapons. Before leaving the nuclear arms race, Gorbachev said of IPPNW “what they say and what they do is prompted by accurate knowledge and a passionate desire to warn humanity about the danger looming over it… No serious politician has the right to disregard their conclusions.”

Fiona Godlee reminded us that, though many of us are lucky enough never to have lived in the wake of conflict, every one of us “bears witness to it daily.” Over the two days of Health through Peace those of us present bore witness to personal stories and national hypocrisies. The closing speaker wrote a letter to Chomsky in a moment of despair, and quoted his reply: “We can give up hope and help ensure that the worst will happen, or we can grab what rays of hope there are. It’s not much of a choice really.” Health through Peace reminded us that our profession has a strong voice and we are a strong community. As health professionals, we can choose to grab the rays of hope and expect to make a difference.

Sarah Walpole is a medical registrar, currently working at the Sustainable Healthcare Education network and Freedom from Torture.

Competing interests: Sarah was the Green Party parliamentary candidate for Hull East in the 2015 elections.