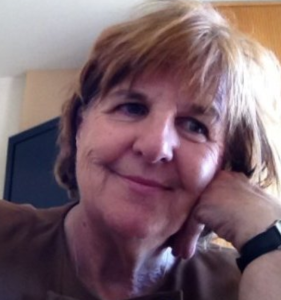 I conducted a survey* earlier this year that looked at the workloads of doctors in family practice from 25 EU states (this survey was presented at the 2015 summer meeting of UEMO (the European Union of General Practitioners) and is to be published fully in the British Journal of General Practice). It looked at doctors’ hours of work; how family doctors were organised (in groups or in single practice); if they worked with others—nurses, administrative staff, or healthcare assistants; if they did home visits; how long consultations were; and how many patients they saw in a working day.

The idea that is prevalent in the UK of doctors working in group practices is gradually becoming more common in Europe, although group practices there still typically consist of two or three doctors, while here practices more commonly have six to seven doctors. Practice nurses, administrative staff, and other health professionals, such as counsellors or physiotherapists, are much more common in the UK and the idea of multidisciplinary teams is being cautiously tested in Europe.

There is a large difference in consultation times, with only a small minority of countries adopting the UK standard of 10 minute consultations. The Netherlands, Denmark, and Scandinavian countries in particular tend to have 20-30 minute consultations, and express surprise that we should be able to conduct an interview with a patient, do a thorough physical examination, arrange further investigations, and discuss a plan of action with the patient in so short a time frame. The truth is that we can’t do as good a job as we would like to in that time, and many general practitioners have realised this and are making efforts to expand their consultation times.

More than three quarters of the EU doctors surveyed felt, as GPs in England do, that their workload had increased substantially over the past 10 years, and admitted that this is unreasonable and unsustainable. Although the majority of responders thought that general practice has ongoing problems of recruitment and retention due to working hours and increased stress, it is worth looking at those EU states where general practitioners or family doctors think that family medicine is thriving and is a good career for medical graduates.

These states have certain characteristics in common: they tend to have the longer consultation times of the Scandinavian countries; they tend to have fewer patients per family doctor—1600 patients or fewer rather than the 1800 to 2500 that UK general practitioners are responsible for; and they have shorter working hours—usually eight hours a day rather than the 10-12 hours a day that UK general practitioners put in.

It may be that seeing that many patients in a day is not clinically safe. I’ve often heard doctors say that after 30 consultations their concentration is impaired and their tolerance shorter. If limiting the number of doctor-patient contacts a day would make general practitioners feel that this was a workload they could cope with, as some European doctors do, then surely it is worth a try.

To limit appointments and phone consultations to 25 a day for each general practitioner may increase waiting times for non-urgent appointments, but it may also mean that the consultation is better and more worthwhile for both doctor and patient, and by pre-empting further medical appointments, it saves money and time in the long run. So let’s begin, with a pilot if necessary, or with every GP trying this for a week or two just to see if it makes a difference to how they feel about their job. After all, even this reduced level of just 25 doctor-patient contacts a day is still far more than the daily appointments that dentists, lawyers, solicitors, or veterinary surgeons have.

*This survey was suggested to Mary McCarthy on behalf of the UK delegation during workshops at previous UEMO meetings, but she carried it out on her own.