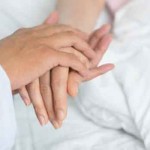 • The UK is still officially the best place in the world to die, having once again topped the rankings in the Economist Intelligence Unit’s latest Quality of Death Index. In an editorial, John Hughes, director of the UK charity Sue Ryder, discusses how the UK got to the top in palliative care, and what needs to happen to keep it there. He identifies plenty of threats to current services including a “flatlining NHS economy,” chronically underfunded social care, and a move away from hospices to community based services, which might reduce charitable donations. 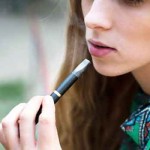 • Richard Smith’s latest blog is a neatly argued case in favour of e cigarettes and against the kind of knee jerk moralising that could be stopping smokers from switching to a much safer delivery system for nicotine. Reporting on a talk from a Canadian lawyer famous for suing the tobacco industry, he concludes that instinctive reactions against e cigarettes are harming smokers while at the same time giving an easy ride to tobacco companies by reducing the competition from a newer, smarter, and cleaner technology. 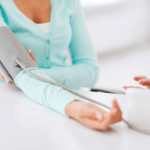 • In news, Michael McCarthy reports that the US Preventive Services Task Force has just recommended screening all adults over 18 for high blood pressure. Young adults under 40 with normal blood pressure and no risk factors should be screened every 3 years, and higher risk or older adults should be screened yearly. These recommendations are based on good evidence, he writes, unlike the recommended target for systolic pressure (140 mm Hg in adults under 60), supported only by expert opinion.

Alison Tonks is an sssociate editor, The BMJ.