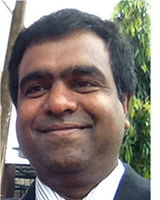 Popular opinion from many failed previous health programme implementations is that vertical programmes are resource consuming and might not be very helpful to strengthen health systems. [1] The same was said for polio eradication programmes a few years ago. But I tend to disagree due to my experience of working on this programme for many years. In fact, the Indian health programme has benefited a lot from the polio eradication initiative (PEI). It has built strong foundations for many other health programmes that are being implemented, scaled up, or are yet to be started in the country. While a few smaller and less populated countries are still battling with polio, India is basking in its polio free glory that it achieved in 2014. It was not an easy task at all. India took the right steps from the inception of the PEI to the end, and whenever at the crossroads it chose the sensible path based on existing global evidence, local situations, and current data. The initiative started as small campaigns and then scaled up to the whole country.

India, with the inherent problems of a developing country, such as a huge population, poor sanitation, poverty, and weak health infrastructures had the vision, determination, and belief that polio can be eradicated. India had this strength in its policy makers, technical advisors in the health ministry, various organizations such as the Indian Acadamy of Pediatrics (IAP) and Indian Medical Association (IMA), academic institutions, NGOs, and other social organizations who were totally committed.

The success of the polio programme in the southern states provided the initial proof that if the programme can be implemented well and immunity maintained in the population, polio eradication can be achieved. Various anti-immunization groups who advocated otherwise were effectively challenged and their idea to disrupt the programme was thwarted, multiple times. Various persuasive strategies were designed to assure the communities that immunization was beneficial to their children and this was embraced by the communities.

A very robust surveillance system was put in place in the country. With the establishment of the National Polio Surveillance Project—a Government of India and WHO collaboration—there was clear oversight on the polio programme. This organization recruited a very strong, motivated workforce who were well trained field epidemiologists who ensured that the correct information was flowing in a timely manner. Acute Flaccid Paralysis (AFP) cases were investigated in time and stool samples collected and sent to the lab. Laboratory infrastructure was so well established that when surveillance sensitivity was increased, the rise in the number of samples did not affect the testing of specimens and timely reporting of the results.

The right strategies were adopted, every campaign was evaluated, shortcomings were noted and corrections were taken immediately. A “booth” strategy was later changed to “house to house” approach to reach 100 % of children. In fact, polio micro plans updated before every campaign were later used by many other health programmes as they had the latest updated information on communities. A huge work force was involved– from school teachers, medical students, nursing students, college students, Integrated Community Development Services(ICDS) workers, volunteer workers, and traditional birth attendants (TBAs) to support the implementation of mass polio campaigns. In fact the national immunization days were celebrated like “festivals” and the whole government machinery—administrative and health department—took active part. This is unparalleled in any other programme.

This programme also helped in pushing many reforms such as filling many vacant posts of health personnel and ICDS workers. When a new cadre of accredited social health activists (ASHA) was created, many community mobilizers who had worked in the polio campaigns were absorbed as ASHA workers in their own villages. This strong work force also helped in other health interventions like the vitamin A campaigns, routine immunization sessions, nutrition programmes etc. Non-compliance or cases where people refused to take part in the programme were identified and they were convinced to accept immunization for the benefit of their own children and communities. “New born tracking” was introduced in polio endemic states to track children from the time they were born until one year to ensure that the child received all polio doses.

Polio immunization was started in trains, at fairs, festivals, congregations, border crossings, airports, brick kilns, slums and ports. Even pilgrims to the Hajj were immunized with an oral polio vaccine before their departure to Mecca. Partnerships were built with various teaching institutions belonging to various religions. Declarations were made from respectable people who endorsed the programme. Doctors, teachers, actors, religious leaders, politicians, and parents of the polio victims were all mobilized to advocate the programme. The programme was tweaked to ensure that no cases or areas of poliovirus circulation were being missed. Acute Flaccid Paralysis (AFP) surveillance was expanded, contact specimens were collected, environmental sampling started in urban areas, and delayed or inadequate cases were followed up. The data collected from these cases looked at age, sex, socioeconomic status, religion, geographic location, travel history, immunization history, and environmental and sanitary conditions so that the factors responsible for the virus to persist and transmit could be determined and dealt with appropriately. These actions were scaled up to the whole country.

The strength of the programme was the financing of the polio eradication programme, which was at first dependent on external donors, but later it was fully financed by our own health budget. The capacity to manufacture vaccines indigenously, produce the bivalent and monovalent vaccines in sufficient quantities, license and use them, marked a huge milestone in interrupting specific serotypes of poliovirus and building immunity. This also helped in strengthening the country’s capability to produce a vaccine in huge quantities, which can be later used to manufacture other new vaccines.

The polio eradication programme has strengthened health systems, increased human resources, advocacy and governance, improved health financing, data management, vaccine production, and logistics management. PEI has shown that each household in the country can be visited and every child can be immunized during national immunization days, which is unimaginable in many countries. Polio eradication could have still remained a dream or given up if it was integrated with other programmes, because it could have lost focus. India achieving polio eradication certification instilled fresh enthusiasm into global polio eradication efforts. If a developing country like India can achieve success in spite of so many challenges, any other country with lesser challenges can do it, the only thing needed is strong commitment and dedication.

The author is a student of elearning in Public Health Management(ePHM) course by Institute of Public Health, Bangalore.