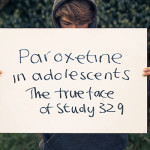 • A feature discusses GlaxoSmithKline’s Study 329. Under the restoring invisible and abandoned trials (RIAT) initiative, The BMJ has published a major reanalysis which found paroxetine to be neither safe nor effective in treating adolescents with depression.

The story has been widely picked up in the international press, including including New York Times, Washington Post, Reuters, the Guardian, and The Independent who wrote that, “The BMJ’s final judgement on the infamous ‘Study 329’ represents a symbolic victory for the burgeoning ‘open data’ movement in health.“

• It can be both reassuring and practical to have patients included in multidisciplinary team meetings. This is voiced directly from a patient in a patient commentary, which asks doctors to consider the person alongside the pathology. The patient details her personal cancer story and how being involved in MDT meetings made her feel. 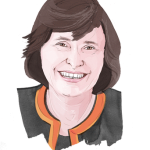 • Jane Dacre is the president of the Royal College of Physicians, director of University College London Medical School and a consultant in rheumatology at the Whittingdon Hospital. In this week’s BMJ Confidential she discusses how being true to herself and embarking on a teaching career was one of the best decisions she made. Also find out what role curry has in her life.

• Earn CME/CPE credits by reading a practice pointer on the assessment and management of facial nerve palsy. This paper contains a useful patient consultation guide for management and prognosis of Bell’s palsy which was developed alongside patient and medical representatives of the charity Facial Palsy UK.