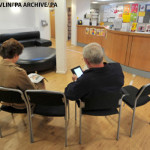 • Samir Dawlatly explains in a blog the barriers that he faces daily as a practicing GP, which often hinder him from providing high quality healthcare. He gives the example of a patient presenting with tiredness and says that, under pressure, it is much more difficult and time consuming to explain why blood tests aimed at investigating certain causes of tiredness are often not needed, rather than simply requesting tests.

• A news story reports that two US doctors in different states are facing trial under accusations of killing patients who died of an overdose after being unnecessarily prescribed opioid drugs. One of the doctors involved, Gerald Klein, worked for a clinic whose managers’ business practices included “shooting out the windows of rival pain clinics, running a timeshare fraud, and kidnapping one of his associates.” 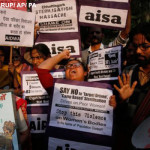 • And another news story reports that in India a judicial commission, which was set up to investigate the deaths of 13 women who had participated in a mass sterilisation programme in 2014, found that the deaths were due to medical negligence and the use of toxic drugs.

• In experimental and observational studies, patients, researchers, and clinicians are prone to changing their behaviour compared to when care is provided routinely, and this is known as the Hawthorne effect. Philip Sedgwick explains in the latest endgames statistical question how in trials the Hawthorne effect can contribute to a series of non-specific treatment effects in both the intervention and control group. The Hawthorne effect has implications for the generalisability of the study findings to clinical practice.