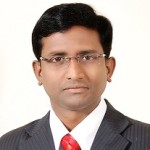 It was estimated that nearly one million new cases of cancers will have been diagnosed in India by 2015, of which 0.67 million people are expected to die of conditions related to cancer. Cancer of the mouth and lungs in men, and cervix and breast cancer in women account for more than half of all cancer deaths in India.

Various health system weaknesses contribute to this state of cancer morbidity and mortality in India. In most cases the disease is diagnosed at a late stage when the effectiveness of known treatment options is low. Even if cancer is identified at an early stage, 50% of patients stop visiting hospitals after two or three cycles of chemotherapy due to the high cost of treatment. People still lack faith in cancer treatment options possibly due to very few early diagnoses and prevention stories making the news in India, especially in rural areas. There is a strong notion that even after spending huge amounts of money on treatment, the chances of survival are low. For example, consider a patient who is supposed to take Aromycin tablets every day. The cost of each tablet is approximately INR 800 (This is the equivalent of USD $12. In a largely poor country like India, daily wages are often less than half of this amount). So the monthly expenditure for a single medication alone (leaving aside other medications and fees for visiting a doctor) could be as high as INR 24000 (nearly USD $400) per month. In general cancer patients sometimes require three to 12 or more chemotherapy sessions, which can be a huge economic burden to an average Indian family.

Chemotherapy to treat cancer is out of reach for many Indians. It is not always covered under insurance which is a question of deep concern to many. As the new government at the centre in India is reassessing our country’s health policy, I feel we should evolve better strategies for improving coverage of cancer in insurance policies. Even better would be if the government itself would provide better financing arrangements for those who cannot afford the prohibitive treatment costs. The government ought to engage pro-actively with pharmaceutical companies, software companies, corporate hospitals, and universities to ensure that they contribute more to improving public health. This can happen through better governance, appropriate regulation, and partnerships with all sectors. In a country such as India, where cancer care is available, it is a pity if we cannot make it affordable and accessible to a large part of our population.

Harish Chandra Rodda is a student of eLearning in Public Health Management (ePHM) course by Institute of Public Health, Bangalore.