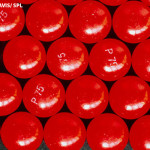 The proportion of people with intellectual disability in the UK who have been treated with psychotropic drugs far exceeds the proportion with recorded mental illness, finds this study. Of the 9135 participants treated with antipsychotic drugs by the end of the study period (1 January 1999 to 31 December 2013), 6503 (71%) did not have a record of severe mental illness, with the rate of new antipsychotic prescribing significantly higher in people with challenging behaviour, autism, dementia, and in those of older age.

This suggests that, in some cases, these drugs are being used to manage challenging behaviour rather than for mental illness, say the researchers, who call for changes in the prescribing of psychotropic drugs for people with intellectual disability.

Another class of drugs which GPs have come under fire for prescribing inappropriately is antibiotics. This concern isn’t a new one, but it has come to the fore again after the National Institute for Health and Care Excellence (NICE) recently called for the NHS to curb the number of antibiotics it prescribes. Margaret McCartney, our regular GP columnist, looks at the media coverage after this announcement and concludes that it’s been a “disaster.” She comes up short when she tries to find the source of a much cited figure in the media that said doctors write 10 million unnecessary antibiotic prescriptions a year.

Ovarian cancer is the seventh most common cancer in women worldwide, yet in 80% of women the disease will be advanced at presentation, with a low five year survival rate. This review summarises the presenting features, diagnostic tests, risk factors, and groups at high risk of ovarian cancer and is aimed at primary care practitioners and hospital doctors in other specialties.

Kelly Brendel is assistant web editor for The BMJ.