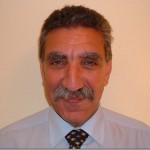 When one reads the history of any autocratic, despotic regime, one is always struck by how they managed to secure the submission of the educated and intelligent through remarkably simple methods. Doctors in the NHS are currently being subjected to the same tried and trusted processes of indoctrination used by totalitarian regimes.

These may be dressed up under laudable banner headlines, such as the General Medical Council’s (GMC) “Working with doctors: Working for patients,” but then Mao also used vague exhortations such as the “Great Leap Forward.” Anodyne words suggesting a greater good, a striving for excellence. Sadly, the consequences are often the reverse and require years to recover from.

NHS doctors are being programmed through what one might term propaganda—disseminated through multiple channels, from our own educational bodies, such as the National Institute for Health and Care Excellence (NICE) and the royal colleges; regulatory bodies, such as the GMC; and public opinion, driven by the national press—into becoming a grey, uniform, and cowed profession. Anyone displaying any originality of thought or behaviour outside that of the new accepted norms is pounced upon. One need only look at NICE’s “suggestion” on antibiotic prescribing (August 2015) to see this in action.

General practice in the UK, by common consent, seems to be going through a period of crisis. The most pressing problem seems to be a workforce shortage, since established GPs are retiring early and graduating doctors no longer want to be GPs. Talk to any GP about why a career in medicine is no longer attractive and the answer is almost always the same: too much bureaucracy. By that, they mean too much interference, too much scrutiny. If all your actions may be questioned then eventually you stop taking any. You try to pass through each working day making as few ripples as possible. One could argue that in doing so you cease to be effective. Alternatively, if you are lucky enough to be of a certain age, you stop working altogether. The combination of these actions results in a contraction of services.

It is not too late to roll back some of the intrusive policies of the past decade and to unshackle our doctors working within the NHS. If we do not do so now, then we will be left with an inferior, backward rump of a service with demoralised staff, falling standards, and poor access.

We must learn from the history outside of our limited profession and move towards an inclusive democracy before any further damage is wreaked.

Jim Sherifi has worked as a GP in East Anglia since 1980, and has held a number of roles within GP education and compliance. He spent four years as an executive search consultant, aka “headhunter,” in the commercial sector.