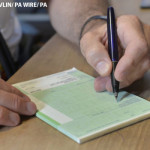 • GPs should consider delaying prescription of antibiotics, says NICE
Data indicate that 90% of GPs feel pressurised into prescribing antibiotics to patients unnecessarily, according to a news story by Ingrid Torjesen. Mark Baker, director of the Centre for Clinical Practice at the National Institute for Health and Care Excellence (NICE), said on 17 August that these new guidelines from NICE were designed to “help professionals resist that pressure from the public,” adding that prescribing antibiotics that were unlikely to help a patient was “not good medicine.”

The new guidelines warn of antibiotic resistant infections, and offer a “pincer movement” to improve prescription reviews and public knowledge on prescribed antibiotics. 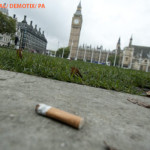 • Smoke free legislation in England has reduced stillbirths, neonatal mortality, and low birth weight
In the first four years after 2007, when smoke free legislation was introduced in England, the new regulations improved child health and childbirth, a study has found. The rate of stillbirths and neonatal deaths both fell by more than 7% in this period, while low birth weight fell by nearly 4%, reports Bryan Christie.

Still, only around 18% of the world’s population is protected by smoke free laws, and Aziz Sheikh, one of the study authors, has commented on “the potential power of smoke free legislation to protect present and future generations” from the negative first and second hand health effects of smoking.

Bill Brooks is a student doing work experience at The BMJ.