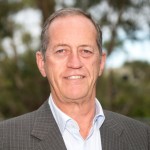 A recent incident in the English Premier League has highlighted the conflict of interest for doctors in professional sporting teams.

In the final few minutes of a match between Chelsea and Swansea on Saturday 8 August, the first round of the 2015-16 season, with the scores level at two all and the Chelsea team reduced to ten men due to a sending off, a Chelsea player was tackled forcefully and fell to the ground apparently injured. As is customary in these situations the Chelsea medical staff, consisting of a sports doctor and a physiotherapist, went to the sideline to await further developments.

During the time while the player was on the ground injured, the Chelsea manager Jose Mourinho became agitated on the sideline and made it clear that he did not think the medical staff should have gone onto the pitch. He had angry words with the staff when they came back to the bench.

He was presumably concerned that for the brief period when the player was off the pitch following the injury, his team would be briefly down to nine players at a crucial time of the game.

Following the match the manager was extremely critical of the medical staff in his press conference stating that “I wasn’t very happy with my medical staff …. my medical department were impulsive and naive to leave me with eight outfield players.” Two days later the doctor and physiotherapist were told that they had been demoted and removed from match day duties.

The club’s action sparked a number of comments from the medical fraternity.

The Premier League Doctors’ Group released a statement stating that “doctors working for Premier League teams and attending matches in a professional capacity are bound by the same professional and ethical boundaries as any other doctor practising in the United Kingdom…. the Premier League Doctor’s Group considers that removing Dr Eva Carneiro from the Chelsea team bench for their next match is unjust in the extreme….. a refusal to run onto the pitch would have breached the duty of care required of the medical team to their patient. It is a huge concern that Dr Carneiro has been subjected to unprecedented media scrutiny and a change in her professional role, merely because she adhered to her code of professional conduct and did her job properly.”

Similar sentiments were expressed by the Football Medical Association, the Professional Footballers Association (PFA), the Chartered Society of Physiotherapy, and the British Association of Sport and Exercise Medicine (BASEM). Professor Jiri Dvorak, who is the chief medical officer for world football’s governing body, FIFA, said that managers have no right to tell their medical staff whether they should go on the pitch to treat a player.

In situations such as this, it is clear that the doctor’s first priority is always the health of their patient. However the club can seemingly “punish” the doctor and even terminate their contract at any time.

There have been a number of instances in recent years where senior sports medicine doctors have been removed from club duties because they stood up to the manager’s wishes and placed their patients first. As a result team doctors are understandably reluctant to do anything that will earn the wrath of the all powerful manager.

It seems that many football managers would prefer a compliant doctor who puts the success of the club on the pitch ahead of the welfare of his players.

Hopefully as a result of the adverse publicity for the club in this incident, the attitude of clubs and managers will change. While the club medical staff are always keen to see their club successful, it must not be at the expense of the players’ health.

Peter Brukner is professor of sport and exercise medicine at LaTrobe University, Melbourne, Australia. He was previously head of sports medicine and sports science at Liverpool Football Club.