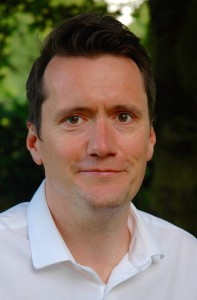 General practice is in crisis.

Those are the first words on my site whygp.uk—launched in July along with the hashtag #whyGP—which aims to be a space for positive messages about general practice.

Strange first words for such a site, but they are of deliberate choosing. I’m no crisis denier, and I recognise personally and from spending time with friends and colleagues that perhaps now, more than ever, we are a profession on the edge. We are stretched. We are bending. And some of us are breaking.

There is a perfect storm of rising morbidity, administrative workload, patient demand and expectation, an increasing shift of work from secondary care, and time consuming and damaging regulation. Couple this with a workforce that can’t even keep pace with population increases alone and the result is trouble.

What I think is incredibly damaging is that we are haemorrhaging our most experienced GPs. What is the value of a GP in their 50s, with the incredible amount of time and money invested in them, and with their skills and experience? I would argue it is immeasurable. Priceless. These are GPs at the peak of their understanding of general practice, with the wisdom to temper overtreatment and over-investigation, but the knowledge to know what to do for the best. They have the trust of their patients, born out of therapeutic relationships built over decades. We simply cannot afford to lose these people, yet we are.

Things are no better at the other end of the profession, where we are losing those at the start of their careers to warmer or more sanity conducive countries or professions.

As I said, I am no crisis denier. We are a broken profession and we have to work to fix all the things that contribute to that—to mitigate all the pressures we face—so that we can protect and maintain our most valuable NHS asset: our workforce. And we need to do so much more to support our struggling practitioners . . . but that is another story.

It is all very well fixing the profession, but who is going to work in it? Right now we are failing to attract people to general practice. Simply not enough of our medical students and foundation doctors see general practice as an attractive career. We have an ambitious target of an increase in the workforce of 5000 new GPs by 2020, but in parts of the country there are training schemes that should have 11 trainees, but which have appointed just one. I hear rumours of entirely empty schemes.

So why aren’t people choosing general practice? I think the answer is simple: bearing in mind what I have said so far, would you want that career? Our prospective trainees look at the people doing the job and think, “No thanks!”

Make no mistake, we have doctors who have always wanted to be GPs—from before medical school even—who we are scaring away. And while we think that we are doing them a favour, saving them from our fate, we are actually making things harder for ourselves and denying them the opportunity of a rich and rewarding career.

We are all so tired and overworked that we struggle to communicate those aspects of general practice that we still love and which still motivate us—to tell the stories of those positive moments that help us through our darkest times.

We have done such a good job of communicating the state of the crisis that along the way we have forgotten to say anything positive about the career. The rhetoric from the Royal College of General Practitioners and the British Medical Association has had such a negative feel for years, understandably in order to leverage change at government level, but at what cost?

I decided that we need a movement and a place where it is okay to say “I love being a GP.” Where we can reflect simply on the positive aspects of our careers—upon the honour and the privilege of being a GP. Now that phrase may make some people vomit, but to be honest I don’t really care. I want (and we need) to give those considering general practice something to put in their positive column, to balance out what I imagine can be quite a long negative one.

So what is whyGP? It has the tagline “an island of positivity in a sea of negativity” and hopes to be just that. The site is a platform for blogs where different people share their own stories of why general practice is or has been the choice for them. At the moment, these range from a GP trainee through to someone in the twilight of their career. Just reading some of the comments, particularly on Liddy’s blog, reassured me that this was a project worth giving my time to.

Alongside the site runs the hashtag #whyGP, which helps social media users share their own personal (and shorter) messages about general practice. Some of these messages have been incredibly affecting and humbling to read, and I encourage you to scroll through the Twitter feed from time to time. I will be featuring more blogs over the coming months and I would love you to contribute, so please share your tweets and contribute content.

I’m 37. If the government has its way I have another 31 years left as a GP, but I’m the sort of person who needs something to look forward to in order to keep going. I believe we all have a responsibility when it comes to this crisis. Yes, a responsibility to help fix the problems that we are facing and to support those who are trying to do so on our behalf. But also a responsibility to help in what little way we all can to secure our future workforce, to make sure we have people alongside us to ease our burden, and to take over when we are done. But, most importantly, so we have good people, good doctors, providing the best possible care for patients.

The website has had 8000 visitors so far. It takes up a fair bit of my time. But if just one of those 8000 decides to become a GP in part because of whyGP, then it’s a massive win.

Dominic Patterson is a GP and trainer in Yorkshire, and a deputy director for postgraduate GP education for Health Education England, Yorkshire and the Humber. He is also a nationally elected council member for the RCGP. whyGP is a personal project outside and unconnected with his roles in these organisations.