Abbreviation of a word or phrase to a letter or two is the most extreme form of breakage that it can undergo. The process has variants: initialisms, contractions, and acronyms.

An initialism is a single letter standing for a whole word, or a string of such letters. B, for instance, stands for bachelor, baron, and boron, among others; b.d. for bis [in] die; and BMJ for the Builders Merchants Journal.

A contraction is formed by removing a section or sections of a word (for example, Dr, Mr, ECG, trp).

Contractions and initialisms containing strings of two or more letters are also commonly known as acronyms. However, strictly speaking, an acronym is a specific type of abbreviation that can be read as a word (for example, AID, AIDS, and ARC); CABG is a quasi-acronym—it isn’t a word but can be read as if it were. Methods of printing acronyms vary, according to both the acronym itself and house style. Some are printed in upper case throughout; this is typically how the acronymic names of trials are printed (CAST, RALES, SWORD). CAST is usually understood to be the Cardiac Arrhythmia Suppression Trial, but it could also be, for example, the Chinese Acute Stroke Trial, the Escherichia coli ampicillin secretion trap (CAST) method, the Cannabis Abuse Screening Test, cabazitaxel and abiraterone acetate sequential treatment, or the Conformational Analysis and Search Tool. Some acronyms are printed with only the initial in upper case (Fab, Unicef). Yet others, which weren’t originally words, have become words in their own right and are spelt in lower case throughout (for example, laser, maser). Some acronyms beget other words (DOPA, dopamine).

It is generally best to spell out every abbreviation the first time it appears in a text—confusion can arise from multiple meanings; MCA, for example, could be the Medicines Control Agency (now obsolete), the Manufacturing Chemists’ Association, megestrol + cyclophosphamide + doxorubicin (i.e. adriamycin), methylcholanthrene, the Metric Conversion Act (of 1975), monoclonal antibody, middle cerebral artery, and multiple congenital abnormalities. But some abbreviations do not need this treatment. Should one, for example, spell out HLA (human leukocyte antigen) when it first appears? Especially when the variant is specified (for example, HLA B*5701)? Or the names of genes (for example, CAST)?

Drug names sometimes incorporate contractions and abbreviations. Paracetamol and acetaminophen are both contractions of N-acetyl-para-aminophenol. The rifamycins were named after Jules Dassin’s film Rififi (1955), and rifampicin is an N-amino-N´-methylpiperazine (AMP) derivative.

Some cancer chemotherapy acronyms, such as MACOP-B, MOPP, CHOP, are perplexing. CHOP stands (of course) for cyclophosphamide, doxorubicin, vincristine, and prednisolone (that is, if you use the recommended International Nonproprietary Names, or rINNs).

The Grelling–Nelson paradox, described in 1908 by Kurt Grelling and Leonard Nelson (pictures), relies on the fact that some words or statements describe themselves and others do not. “English”, for example, is an English word, but “Spanish” is not Spanish. Contrast also “short” and “long”, “polysyllabic” and “monosyllabic”. The Cambridge mathematician, Frank Ramsey, translating the original German, called words that describe themselves autological, those that do not heterological. So is heterological heterological? Well, if it isn’t it is, and if it is it ain’t. TLAs are three-letter abbreviations. So is “TLA” a TLA? Well it appears to be. But “TLA” could also be a two-letter abbreviation. So the statement ‘“TLA” is heterological’ may be either true or false, but undecidably so. 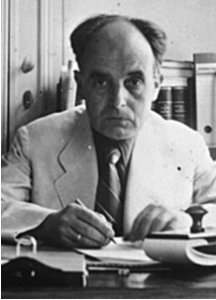 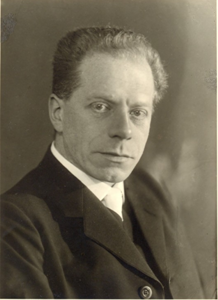