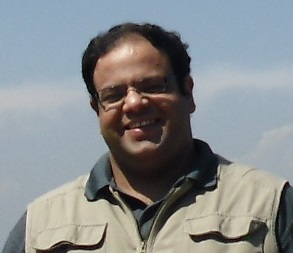 The Indian Council for Medical Research (ICMR), India’s apex body for funding health research, advertised this month for directors of nine of its constituent institutes/centres. Applications are due by 4 September, and it’s probable that the positions will not be filled until the end of this year. ICMR’s top position—the director general’s post—has also been lying vacant since March 2015 after the retirement of Dr VM Katoch. The ICMR’s director general also usually serves as the secretary of the Department of Health Research (DHR), created as an umbrella body in 2007 to promote health research in the country.

The ICMR has 31 institutes/centres, along with the headquarters in New Delhi. It’s unfortunate that a total of 10 positions—of heads of the institutes/centres and the director general—are lying vacant and being manned by ICMR officials or bureaucrats (in the case of DHR). Such a gap does not augur well for the smooth functioning of the ICMR, and can negatively impact its productivity. It could also lead to delays in decisions about funding projects, hiring staff or procuring equipment, and in instituting or amending policies.

Concerns have been raised over the past few months about delays by the government in appointing heads of various scientific institutions in India—the situation has been described as a “leadership vacuum” and indicative of a governance deficit. The worrisome situation has invited criticism from various quarters, including from the journal Nature, which decried the leadership vacancies in research labs, and complained about inadequate funding for research and development.

India aims to be a more prominent player on the global stage, and has stepped up its diplomatic efforts in this direction. These efforts should include paying attention to, and contributing more proactively to, advances in global health and development. Promoting quality, ethical science is crucial to enable these efforts.

While enhanced funding for research and development is a prerequisite, India also needs to ensure that inspiring and visionary leadership is appointed in its research bodies. When heads of organisations are scheduled to retire, leadership replacement processes should be set in place well in advance, to enable replacements to be found well in time for an overlap period where transition is smoothly ensured between predecessor and successor. For starters, the government could expedite the appointment of the director general of ICMR and the directors to its nine institutes and centres. Promulgating a succession policy for research institutes, which ensures a smooth transition in leadership, would help make the research oversight in India more robust and efficient.

Anant Bhan is a researcher in global health and bioethics, and adjunct visiting professor at Yenepoya University, India. He has tweeted about some of these structural issues earlier on his Twitter handle @AnantBhan

Competing Interests: I have read and understood BMJ policy on declaration of interests and declare the following interests: None.