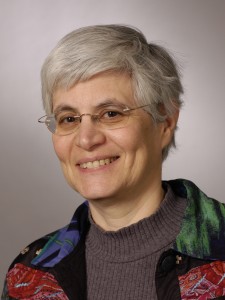 In the heady days of the early 1960s, when the oldest of the baby boomer generation were teenagers and only 9.2% of the population were age 65 or older, the US held its first White House Conference on Aging. This was by all accounts a grand event, a national citizens’ forum designed to “focus attention on the problems of older Americans and make consensus policy recommendations.” The first conference, attended by 3000 delegates from across the country, discussed issues that ultimately led to the passage of formative legislation, such as the Older Americans Act (which authorized the creation of further conferences on aging, as well as a hot lunch program, senior centers, and other social services) and, of course, Medicare.

The most recent White House Conference on Aging, by contrast, was a modest affair, attended by a mere 200 invited delegates (though observed online by 600 “watch parties”). At a time when 14% of Americans are over 65 and 1.8% are over 85—percentages that are already high and that are projected to increase by 50% in the next 15 years—the conference seemed to be a highly scripted performance rather than a platform for hashing out policy recommendations.

It would be naive to claim that there was no need for a major conference because all the issues confronting older people have already been addressed: we are facing a caregiving crisis as the number of people available to care for the frailest of the frail is not growing nearly fast enough to meet the demand (in technical terms, the dependency ratio or the population over 65 divided by the population aged 18-64, times 100, has soared from 17 in 1960 to 21 today, and will jump to 36 by 2050); Medicare expenditure for high tech treatment and high cost medicines is soaring; and the ethnic and racial profile of older people is changing dramatically, with an associated rise in poverty levels and income disparity. So what is going on here?

It’s really quite simple. Congress, which would have to pass legislation to actually implement major policy recommendations at the federal level, is ideologically committed to the belief that whatever problems exist—and maybe all our problems would vanish if only people ate right, exercised, and generally led a morally upstanding life—can be solved by the market. In this light, the only reason for having a conference is symbolic, to stress that the health and wellbeing of the older population are a concern for the entire society, and to come up with recommendations for what people outside the federal government can do to address our most pressing issues. Which is exactly what seems to have happened at the recent White House Conference on Aging.

The conference was of symbolic significance: it was hosted by the White House and the president actually made an appearance, addressing the attendees. And it turned to groups other than Congress to implement policy. In particular, it appealed to state governments, to the nursing home industry, and to the corporate world.

State governments were exhorted to pass laws requiring employers that lack a retirement plan to automatically enroll workers in an individual retirement account unless they opt out. The nursing home industry will be charged with implementing a lengthy set of new rules proposed by the Centers for Medicare and Medicaid Services—rules designed to improve the quality of care in nursing homes. The nursing homes will have to pay for the enhanced training for nursing staff that the regulations would mandate, as well as for improved infection control to monitor antibiotic use and a host of other requirements. And corporations were given shining examples of creative, technological approaches to the problems of aging: the ride sharing service Uber detailed a new program that will offer older people discounted or free rides and training in using its smartphone app. While the drug store giant Walgreens described a computer interface that connects patients to telehealth doctors 24/7.

All in all, the conference gave a boost to ongoing efforts in its four main topic areas: healthy aging, long term services and support, elder justice, and retirement security. It was not an opportunity for brainstorming or for developing bold, radical new ideas. But it was a pragmatic approach to a pressing problem, undertaken with a paltry budget. And it just might ignite a few flames.

Muriel Gillick is a geriatrician and palliative care physician at the Brigham and Women’s Hospital in Boston, Massachusetts, and a professor of population medicine at Harvard Medical School and the Harvard Pilgrim Health Care Institute. Her most recent book is The Denial of Aging: Perpetual Youth, Eternal Life, and Other Dangerous Fantasies.