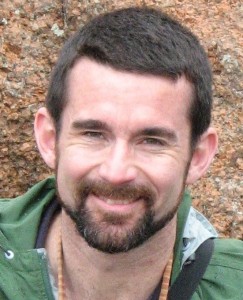 “Phew! At least you don’t have something bad.”

I’m afraid that in medicine, we too often focus on the former, and not enough on the latter.

Richard Smith recently made the argument that doctors predominantly use “familiar responses to familiar problems,” which I think is a great summary of using heuristics to make diagnoses. However, one of the most common heuristics seen in medicine, is at least a simplification of the scientific approach of hypothesis testing—pose a falsifiable diagnosis, then investigate.

This works to a point—but only to a point. Finding out what something is not, is only the first step toward finding out what it is. Patients with a sore throat don’t just want to know they do NOT have streptococcal pharyngitis, they want to know what they do have and what to do about it. Similarly, when a patient has chest pain, to provide the reassurance that “you’re not having a heart attack” is only the first (even if very appropriate!) step. If the chest pain continues, the patient is going to want to know what it IS and what to do about it. Telling someone what is NOT wrong, only gets you part of the way in giving good care.

Unfortunately, as valuable as the “Choosing Wisely” and “Preventing Overdiagnosis” movements are, they also abet this tendency. “Preventing Overdiagnosis” is a good thing (after all, we are now finding and treating more and more pulmonary emboli, but not actually reducing the PE related mortality), but if the message is primarily about what NOT to do, that still leaves us without the resources or mental models for how to think about what TO do. Similarly, Choosing Wisely has been a helpful campaign to point to where medicine has gone to excess, but 19 of the top 20 recommendations on the Choosing Wisely site start with either “don’t” or “avoid.”

Going back to the chest pain illustration (and at the risk of shameless self-promotion, since this is one clinical area about which I occasionally write), in my last review article on evaluation of chest pain in the office, I tried to go beyond the focus on “ruling out” to instead discuss other diagnoses beyond cardiac chest pain, and what one CAN do for them. Similarly, while we easily fall into the habit of telling our patients “it’s just a cold” (implicitly, it’s NOT something “bad”), and often then recommending the unproven treatments of “rest and plenty of fluids,” there have been some helpful evidence-based handouts published that give recommendations for what you CAN do to help a child or adult with a cold feel better.

Diagnosis—what it is NOT is simply “excluding” the bad stuff. Diagnosis needs to be about careful attention to patient history, symptoms, and worries, then doing the best we can to identify what we think IS going on—so we can give positive recommendations for what to do about it.

I declare that I have read and understood BMJ policy on declaration of interests and I have no relevant interests to declare.