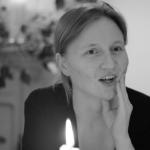 Pity the politician tasked with addressing over a thousand psychiatrists on the state of mental health services. At last week’s International Congress of the Royal College of Psychiatrists, such a fate befell the Rt Hon Alistair Burt, minister of state for community and social care.

Braving his audience, Burt acknowledged the current weaknesses within our services and the large body of work needed to address the mental health of the nation. He also added that the new Conservative government is committed to reducing the number of suicides in the UK. A worthy goal, but is this really compatible with impending cuts to the welfare budget?

Not that long ago, I was called to see a patient who was suicidal. As a result of a disabling and serious mental illness, they had been in receipt of Employment and Support Allowance (ESA), but had just learned that this would be terminated as they were deemed physically fit enough to work. The thought of being thrust from unemployment into the workplace was terrifying. They felt trapped. With no other support, the prospect of losing their main source of income drove this patient to the conclusion that life was no longer worth living. Fortunately, they sought medical help. Just having the space to talk things through eased the intensity of their feelings, and they went home a few hours later with a Crisis Line number should they feel suicidal again.

But had I really helped them? There is only so much mental health services can do in these situations. We can listen. We can sometimes offer medication. But we cannot provide the food, shelter, or financial solutions that some people desperately need.

Inequality and poverty breed a despair that mental health services alone cannot fix. Investing in child and adolescent mental health services will not lift children and their families out of a poverty which, in many cases, is fuelling their mental ill health. Increasing the number of “Crisis Teams” will not address the social factors that precipitate crises. These are mere sticking plasters on growing cracks in society.

The link between poverty, debt, and suicide is well established. While the complexities of suicide are such that it is unwise to attribute an individual death to just one cause, inquests into recent suicides have drawn attention to benefit cuts as potential precipitating factors. The mental health charity Mind has expressed concern about these cases. In a recent survey, they found that people with mental health problems were more likely to have their benefits cut than those with other health conditions, and that generic back to work schemes, such as the Work Programme, were causing disabled benefit claimants distress.

I do not envy politicians and the hard decisions they need to make. But if the current government really does care about suicide, they would do well to pause and reflect before making yet deeper cuts to welfare.