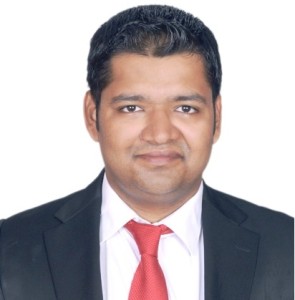 The concepts of fate and destiny are rooted in the cultural fabric of India. Even though these concepts have provided people with solace in the most difficult times, I believe a closer look is warranted at how they affect medical practice.

Very often, while explaining the potential complications of a surgical procedure I hear, “Thanks for telling me everything clearly. I’m sure only what is written in my fate will happen.” To be honest, the first time I heard it as a surgical trainee I didn’t think much of it; this belief is so deeply embedded among many people that it wasn’t alarming. But as the years have gone on, and I’ve heard this conviction expressed by both healthcare providers and consumers, I have begun to think that the influence on both is unique and not necessarily positive.

Patients can resort to the concept of fate as the ultimate expression of his/her helplessness and despair. A poor understanding of health and healthcare related issues, the fear of adverse outcomes, or imminent threat to life and limb may just become easier to digest if one believes that it was part of some bigger plan: “If it was meant to be so.” Postoperative complications are often attributed to this grand scheme of things by patients. I imagine it helps the person carry on functioning as normally as possible; yet what are the potential consequences when it’s surgeons who hold this belief?

I’ve been thinking about this recently, and it brought me to considering the ways in which such beliefs can potentially be harmful for surgeons and have an impact on the health of his/her patients as well. Does a surgeon’s faith in fate sometimes absolve him/her from the guilt and responsibility of a postoperative complication? If so, this could lead on to other issues.

One of the biggest problems with surgeons holding such beliefs is when it means they lose the chance to examine and discuss the possible reasons a complication occurred because of the idea that a certain outcome was inevitable. Many a difficult conversation regarding postoperative complications could be ended by the surgeon by citing this belief of fate. Unfortunately, many patients and their relatives will also accept the explanation that a surgeon/s did all they could, but that it was probably destined to happen. Rarely do patients or their relatives ask probing questions or demand explanations from surgeons during such conversations. Yet to me, the duty of honesty requires that surgeons have these difficult conversations without leaning upon the religious/cultural beliefs of themselves, their patients, or the patient’s relatives.

Other questions that warrant answers are: will this belief hamper the ability to impartially audit patients’ perioperative course? Will the surgeon be able to rigorously scrutinize the interventions they carried out? Is there a bias created? Irrespective of religious and cultural affiliations, every surgeon should save him/herself from thinking like this. A comprehensive analysis should follow every complication—irrespective of how unavoidable it seems. A surgeon must scrutinize every action in an effort to minimize recurrence.

There are occasions when patients have adverse outcomes in spite of having the utmost care in their perioperative preparation. Even after exhausting all available options to optimize these patients, they have had the misfortune of poor results. Multiple audits reveal no failing in the patient’s care. At the most, an increased susceptibility of the patient to have complications might be identified. The thought that such patients are destined to have adverse outcomes may have crossed many a doctors’ mind, including mine. The fact that it is not to be dwelled upon might be crucial.