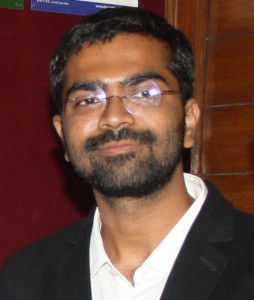 Recently, India Today exposed licensed medical practitioners in New Delhi offering conversion therapy to cure homosexuality. It is a sad reflection on the contemporary awareness of gender and sexuality that such quackery is still being practised with impunity.

The Pan American Health Organization has stated that such therapies lack medical justification and “constitute a violation of the ethical principles of healthcare and violate human rights that are protected by international and regional agreements.” The international classification of diseases, 10th revision (ICD-10) also affirms that “sexual orientation by itself is not to be regarded as a disorder.”

While popular culture bubbles with discussion on alternate sexuality, Indian medical textbooks’ silence is deafening. The information on LGBTQ (lesbian, gay, bisexual, transgender, questioning) in textbooks is sparse, but even when discussed, it is often only the legality of these identities which is of concern. Furthermore, the information on gender and sexuality frequently deviates from the accepted guidelines. For example, Parikh, in the Textbook of Medical Jurisprudence, Forensic Medicine and Toxicology, calls female homosexuality a “mental aberration” and asserts that “tribadism is usually indulged in by women who have repulsion for men or who suffer from nymphomania.”

The discussion on sexual assault in popular forensic medicine textbooks is clearly gender biased and insensitive, with one author claiming that “when a man is deprived of the company of a woman for a long time and the natural means of sexual gratification are not available to him (sex starved) or if his mental condition is abnormal, he is likely to indulge in sex practices against the order of nature.” Such instances are not limited to the textbooks of a particular subject, and this inculcation of patriarchal values by textbooks further encourages prevailing stereotypes about gender and sexuality.

Banwari et al at Smt. NHL Municipal Medical College, Ahmedabad, found that at their college the medical students’ knowledge of homosexuality was inadequate, with, for example, the statement “Greece and Rome fell because of homosexuality” being correctly identified as false by only 53 of the 244 students surveyed. They also found that knowledge was the most significant predictor of students’ attitudes’ towards homosexuality. Although the findings of one institute cannot be made the cornerstone of policy, the results surely show the need to work towards a gender-sensitive environment. Similar studies on larger populations can help establish the predictors of attitudes and shape policy. It is equally important that the Medical Council of India, a regulatory body overseeing medical education, faces up to the dismal representation of gender and sexuality in medical curricula.

In 2013 the Supreme Court of India re-criminalised adult consensual sex between persons of the same sex, thus overturning an earlier ruling by the Delhi High Court. Prejudice against the LGBTQ community is a limitation to their access to healthcare and this stigmatisation makes the environment hostile for both patients and healthcare professionals. Ignoring alternate sexuality as a healthcare concern also has detrimental consequences for public health.

The World Health Organization’s (WHO) meeting report on integrating gender into the curricula for health professionals recommends gender competencies for physicians. A basic tenet, among other requirements, is the ability to “demonstrate an understanding of basic gender concepts: gender power relations, gender roles, access and control, manifestations of gender bias, gender equity and equality, and gender as one of the many social determinants of health.” Integrating gender-sensitive pedagogy and resources at an early stage into students’ education will go a long way towards establishing the idea of gender equity.

From the physiology textbook, which advocates heterosexuality, to the forensic medicine textbook, which suggests “treatment of homosexuality,” a multitude of textbooks are abetting the status quo. There is an urgent need to revise these textbooks, expunge the gender insensitive content, and integrate gender mainstreaming into medical curricula.