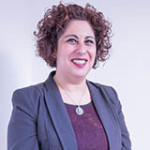 Recently the UK’s press went into overdrive reporting on the recent change in emergency contraceptive pill ellaOne’s product licence—now available to buy over the counter for women of “all reproductive ages,” and therefore including under 16s.

Of course levonorgestrel was already available to under 16s in pharmacies in many areas through patient group directions. In these instances, it has been given outside of product licences, but in line with all guidelines relating to contraception and young people, and with pharmacists working within Gillick competency and Fraser guidelines.

Emergency contraception is also widely available to under 16s for free at young people’s services, from GPs that provide contraceptive services, sexual health and contraception clinics, some GUM clinics, and most NHS walk-in centres (in England).

So it is certainly not new that under 16s are able to access emergency contraception.

With this in mind I fear all of this coverage, which could have been used to highlight the effectiveness of the different methods of emergency contraception to women of all ages, and the different health settings in which they can be provided, rather missed the point and was instead used to further fuel hysteria around the use of contraceptives by teenagers.

And that’s not to mention headlines talking about the “morning after pill,” betraying the choice of three methods, one of which is not a pill, and the fact that none of them have to be used “the morning after,” or within as narrow a window of time as 12 or 24 hours.

Although teenage pregnancy rates are at a record low, the UK still lags woefully behind the rest of Western Europe—a study of 2012 statistics found that the UK had lower live birth rates than only Bulgaria, Romania, and Slovakia across the European Union.

But we don’t expect the new availability of a £35 pill to substantially affect teenage pregnancy rates.

This month the government announced a £200 million cut to the public health budget for the year ahead. The All Party Parliamentary Group on Sexual and Reproductive Health, of which FPA is secretariat, has already heard evidence of overstretched services and cracks in contraceptive provision around the UK.

Adding more choice to women’s reproductive health is to be welcomed, but making ellaOne available over the counter is in no way a substitute for making all methods of contraception widely and freely available and accessible.

We must not ignore the needs of women of all ages because the media chooses only to talk about under 16s, and we must ensure local authorities keep sexual health as a priority despite coming under increasing pressure to make savings.

There is a role for everyone involved in sexual and reproductive health, from charities and organisations who raise awareness and provide information and advice, through to health professionals who dispense medication and have the opportunity to discuss wider contraceptive needs, to ensure all women and girls are equipped with the knowledge they need to make informed choices that are best for them.

Natika H Halil is chief executive of the sexual health charity FPA, which gives straightforward information, advice, and support on sexual health, sex, and relationships to everyone in the UK.

[i] A survey of 2,509 UK women aged 16 to 54, of which 2,131 have ever been sexually active. All figures, unless otherwise stated, are from YouGov Plc. Fieldwork was undertaken between 22 and 25 July 2014. The survey was carried out online. The figures have been weighted and are representative of all UK adults (aged 18+).