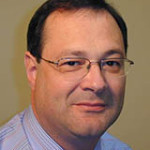 The independent investigation into the near collapse of the acute and paediatric dermatology service in Nottingham has called the process an “unmitigated disaster.” This collapse was foreseeable and avoidable, and in the aftermath of the report it is important that clinical commissioning groups (CCGs), trusts, and private providers nationally take on-board what went wrong to prevent similar mistakes being made in the future.

The report found that no one organisation was to blame for the collapse of the service, which is not quite the same as saying the organisations are blameless.

Following the advent of the National Independent Sector Treatment Centre programme under the last Labour government, which sought to increase community based care, outpatient services from Nottingham University Hospital (NUH) were transferred to the new Nottingham Treatment Centre (NTC), run by Circle, in 2008. At first, a staff supply agreement allowed this service to be largely provided by trust consultants, working shifts in the community centre. However in 2012, Circle won a tender to run the NTC which involved the transfer of the NHS contracts of most of the consultant dermatologists to Circle. In a letter to the CCG in March 2013 the consultants warned that if this transfer went ahead, it would result in consultants leaving within a year.

The warning went unheeded and consultants were forced to transfer or terminate their contracts. Subsequently five of eleven consultants left their posts, with more to follow.

The consultants’ warnings were not based on a resistance to change. They were based on justifiable concerns about training, research, patient care, and sustainability, and the subsequent collapse of the service has demonstrated the veracity of their fears.

It is important that all parties involved accept and learn from the mistakes made in Nottingham. Commissioning is a complex process and commissioning mistakes made within one specialist service can expand like ripples on a pond to impact other services and patients. Within the wider commissioning process it’s clear that CCGs and trusts need to be ready to listen to the concerns of their clinical staff, and quicker to sense which way the wind is blowing.

Within dermatology itself the Nottingham fiasco hasn’t just uncovered issues with the commissioning process but has shone a spotlight on some of the national issues facing the specialty.

The deficit of more than 200 consultant dermatologists across the UK, which made it hard for Circle to attract consultants following the staff exodus in response to the controversial TUPE process, is a huge problem. Despite this, Health Education England has refused to allocate further training posts for dermatology. As a result there are not enough trainees coming up through the ranks to replace retiring consultant dermatologists. While I appreciate that the time-lag involved in training does not provide a quick fix for the current crisis, the lack of movement to get more trainees into dermatology suggests that this will be a long-term issue.

The independent report on Nottingham makes grim reading but, provided all involved can take responsibility for their errors, it may help to prevent bad commissioning decisions decimating services elsewhere. I also hope that by highlighting some of the challenges facing dermatology, Nottingham might serve as impetus to come up with some solutions. Only time will tell.

David Eedy is the president of the British Association of Dermatologists.