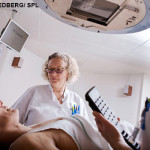 • Cancer diagnosis
The National Institute for Health and Care Excellence (NICE) has released new guidelines to try to speed up the diagnosis of cancer. They recommend that all GPs should have direct access (without referral) to magnetic resonance imaging and computed tomography, upper gastrointestinal endoscopy, colonoscopy, and occult blood screening. At present, only some GPs have such access.

Zosia Kmietowicz reports on the new guidance, which took three years to develop, and was based on a detailed review of the evidence. It updates previous advice issued in 2005 that was ordered by cancer type. Speaking at the launch of the guidance, Mark Baker, clinical practice director at NICE, said that earlier diagnosis was one of the areas where the NHS had made little progress during the 20 years of its cancer strategy. 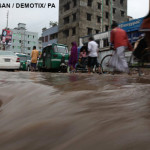 •Climate change
Nigel Hawkes reports on the findings of The Lancet Commission on Climate Change. They say the challenges provide an opportunity to make improvements in human health because the changes needed will clean the air, encourage more active lives, rebuild cities in a more humane way and improve the diet of those who live in them, according to a new report.

If nothing is done, the commission says, the threat to human health is huge, with increasing frequency of direct effects such as heatwaves, floods, droughts and storms, and indirect effects that include changes in the pattern of disease, insecure food supplies, involuntary migration, displacement and conflicts. Taken together, these effects have the capacity to undo the gains of the last 50 years in development and human health. 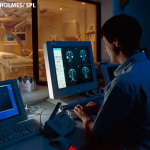 •Dementia
In a research paper, Blossom Stephan and colleagues add evidence to the debate on the exact role of brain scans and biomarkers in the process of diagnosing dementia. Their research covered 1721 people without dementia who underwent an MRI scan at baseline. During 10 years of follow-up, there were 119 confirmed cases of dementia, 84 of which were Alzheimer’s disease.

They found that data from MRI do not significantly improve performance in prediction of all cause dementia beyond a model incorporating demographic, cognitive, health, lifestyle, physical function, and genetic data. There were, however, statistical improvements in reclassification, prognostic separation, and some evidence of clinical utility.

Annabel Ferriman is the senior news editor, The BMJ.