• The rise of transgender care

In February 2013 Kaiser Permanente was the first mainstream US healthcare provider to open a transgender health clinic, in Oakland, California, Bob Roehr reports. Kaiser had anticipated about four surgical patients a month. But a few weeks later state regulators said that managed care organisations could no longer exclude coverage for transgender care, including surgery. The clinic has guided about 700 people through the surgical process in the first two years. Surgery is just the tip of the iceberg for transgender patients, with most clinic visits for routine services that are delivered by primary care providers. 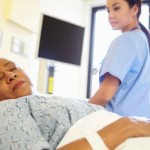 The Sentinel Stroke National Audit Programme, led by the Royal College of Physicians, has concluded that too many areas fail to commission comprehensive post-acute stroke care, Jacqui Wise reports. It also raised concern that care home residents may be denied access to stroke rehabilitation services in some areas. A second report, expected by the end of the year, will give more detail on waiting times for treatment and its duration. 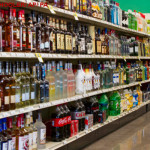 • Alcohol—who is paying the price?

Alcohol harm costs the UK economy more than £21bn (€29bn; $32bn) a year, but the new UK government seems unlikely to prioritise public health over lobbying from the drinks industry, writes Ian Gilmore, hepatology professor at the University of Liverpool. The UK’s weak alcohol regulation may stem from the “remarkable influence of the alcohol industry on ministers and civil servants,” says Gilmore, reminding, “Before the last budget we had the astonishing situation of the minister for public health lobbying the chancellor on behalf of drinks trade bodies for a tax cut on alcohol, and the Cabinet Office recently thought it acceptable that the new civil service chief executive retained his directorship of the major brewer SAB Miller (with links to the tobacco company Philip Morris).” 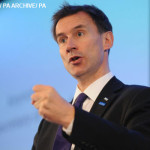 • Who was the best recent health secretary?

Don’t forget to vote in our poll, after Nicholas Timmins spoke to 10 previous incumbents.

Let us know what you think about these or any other issues by sending a rapid response to the article in question. We republish the most interesting and useful as formal letters to the editor.