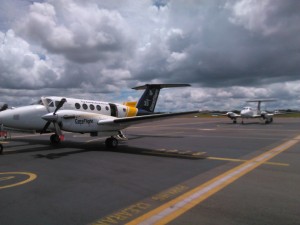 It is surprising how young some patients in the Northern Territory, Australia, present with medical conditions that are traditionally the preserve of older patients.

I am sitting in a clinic room on Groote Eylandt in the Gulf of Carpentaria. It is 3:30 am and there is a patient in their late 20s in front of me with an acute anterior myocardial infarction (MI). I rub my bleary eyes and review the huge ST changes on the ECG and their subsequent sequential improvement. I then double check the date of birth and can confirm this patient is younger than me.

He has undergone thrombolysis and now looks more relaxed as he eyes up a sandwich in the corner of the room. The clinic staff look visibly relieved as we wheel him from the clinic, checks complete. They comment that this is not an unusual presentation, and discussions with the retrieval nurse confirm that cases like this are a regular finding in the Northern Territory. It is an hour and a half back to Darwin for angiography, but if he re-stenoses the nearest cath-lab is in Adelaide, four hours away by jet.

The Northern Territory has distinctive health hurdles. The general population has a marked increased prevalence of preventable conditions, such as ischaemic heart disease (IHD), type 2 diabetes mellitus (DM), chronic kidney disease (CKD), chronic obstructive pulmonary disease (COPD), and hypertension. These five conditions account for 40-56% of public hospital resources. It also has the highest proportion of Aboriginal and Torres Strait Islander people in Australia (29% vs 2.4%), and the highest reported incidence of rheumatic fever in the world.

There is significant evidence of a life expectancy gap between the Territory’s Aboriginal population and the total Australian population, 77% of which is owing to non-communicable diseases, such as smoking, obesity, physical inactivity, and alcohol. The Aboriginal population’s life expectancy is 20 years lower than other Australian groups. These statistics highlight a seemingly unsolvable myriad of core issues. How do you engage remote populations in health issues? How do you keep momentum on treatments with such large distances? In such poverty stricken communities, how do you provide local, lasting support in a cost effective manner? These questions are difficult and still fundamentally unanswered.

As a consequence, retrieval medicine takes on a differing role in the Northern Territory compared with the busy urban centres of London, Sydney, or Melbourne. The treatment of acute flares of chronic diseases makes up the majority of the workload: providing ventilation for COPD patients, rehydration for kids with gastroenteritis, or close monitoring and tinkering for acute MI’s. We are asked to step in when remote clinics are unable to manage any further.

As the plane approaches Darwin, the patient—stable throughout the journey—looks comfortable, but I cannot help wonder what the future holds for this man and what steps can be implemented to improve the general health of the remote population.