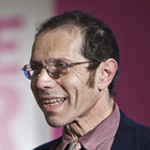 Simon Stevens’ Wikipedia entry describes him as “a health manager and politician.” This is appropriate not only because he was once a Labour councillor in Brixton but also because his output (since April 2014 he has been Chief Executive of NHS England) continues to demonstrate his deep ideological commitment to a commercial insurance-based market in healthcare.

After serving as policy adviser to New Labour’s first two Secretaries of State for Health, Frank Dobson and Alan Milburn, Stevens became Prime Minister Tony Blair’s No. 10 health policy adviser in 2001. In 2004 he moved to the largest US health insurance corporation, UnitedHealth, rising to the rank of Executive Vice President prior to his move back to England in 2014.

Stevens’ commitment to privatisation—which the World Health Organisation defined as, “A process in which non-governmental actors become increasingly involved in the financing and/or provision of healthcare services”—continued during his period at No.10. In 2004 he wrote that “Government is now stimulating a more mixed economy on the supply side, to expand capacity, enhance contestability, and offer choice. Freestanding surgical centers run by international private operators under contract to the NHS are a first step. Private diagnostics and primary care ‘out-of-hours’ services are next.”

At UnitedHealth, Stevens was a founder member of the Alliance for Healthcare Competitiveness (AHC), a lobby group pushing for the inclusion of health within the proposed EU-US Transatlantic Trade and Investment Partnership (TTIP) treaty. While the Health and Social Care Act 2012 already permits NHS funds to flow out across the Channel under EU competition law, the inclusion of health in TTIP would cause massive transatlantic haemorrhage of UK taxpayers’ NHS funding. In 2011 Stevens stated on behalf of the AHC that “The worldwide need for healthcare in ageing populations will lead to a demand for goods and services that can drive sales of American insurance, medical devices, and record-keeping technology.”

It is clear that Stevens’ success in the US health insurance industry appealed strongly to the UK Coalition government, whose 2012 Health and Social Care Act had the very obvious—though hidden—purpose of transforming the National Health Service into a US style insurance based commercial healthcare market. The act itself created the legislative basis for this transformation—of which we are still in the early stages. It is clear however that the election of another Conservative led government would complete the process—a process which has been underway since Oliver Letwin wrote in his 1988 book Privatising The World a chapter on how to persuade an unwilling electorate to accept the privatisation of a popular public service like the NHS. In the same year, the Adam Smith Institute published a detailed plan for NHS privatisation—a plan faithfully followed in Andrew Lansley’s Health and Social Care Act. Interestingly, Nick Timmins’ insider description of the development of the Act makes it clear that Letwin, not Lansley, was the key figure who brought it to fruition in 2010-11.

Much of what Stevens has accomplished in the last 12 months will contribute directly to an insurance based privatised NHS. He has enthusiastically introduced personal health budgets (PHBs), despite clear evidence of their wastefulness and ineffectiveness. In the same way that clinical commissioning groups permit the development of US style Health Maintenance Organisations (HMOs) and Accountable Care Organisations (ACOs), PHBs are essential building blocks for an individualised insurance system.

Recent developments such as the DevoManc proposals for devolving the NHS budget to local authorities in Greater Manchester and the “new care models” proposed in Stevens’ Five Year Forward View are similarly designed as precursors to HMOs and ACOs.

Although the Labour Party is committed to repealing the Health and Social Care Act, its Oldham report on which elements of its NHS strategy are based is enthusiastic about the ACO model. Think tanks such as the Kings Fund which long ago lost its ideological neutrality have similarly enthused about HMOs and ACOs.

We need urgently to raise public awareness that Stevens’ deep ideological commitment to the commercial market in healthcare represents real and present danger to the future of the NHS.

Competing interests: I have been a member of the Labour Party since 1978.

Alex Scott-Samuel is a senior public health academic and Joint Chair of the Politics of Health Group.