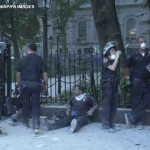 Even though I was far away from New York City, I will always remember the 11 September 2001, as I was in medical school taking an exam that day. An article in research news reports that the emergency medical workers who arrived in the immediate aftermath of the World Trade Centre attacks were at greater risk for a number of chronic conditions compared with the workers who did not attend the aftermath of the attacks. For example, first responders were almost four times more likely to have reflux, seven times more likely to have post-traumatic stress disorder, and twice as likely to have depression. 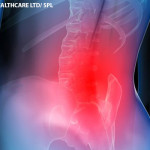 Chronic low back pain can be very challenging to manage. A multicentre randomized controlled trial carried out in the US compared the use of a single epidural steroid injection with gabapentin in patients with lumbosacral radicular pain. There were no significant differences for the primary outcome at one and three months. In terms of the secondary outcomes, the epidural injection achieved a greater reduction in worst leg pain (one of the secondary outcomes) at one month, but at three months there were no significant differences between treatments.

The spending on prescription drugs (mostly for chronic conditions) in the United States continues to grow and increased 13,1% in 2014 compared to 2013. According to a news story, which looked at a report by the consulting group IMS Institute of Healthcare Informatics, most of the growth in spending had to do with the cost of new drugs to treat hepatitis C, cancer, multiple sclerosis, and diabetes. For example, the number of hepatitis C patients receiving these new drugs rose 10-fold since 2013 and a 12 week course of one of these drugs, sofosbuvir, costs around $80 000 per patient.

Suzanne Gordon, an American healthcare journalist, describes the common practice of “pimping” in US medical education. It means senior doctors asking questions to medical students and junior doctors that they already know they won’t be able to answer. Opinions regarding this potentially humiliating practice remain divided in the United States.