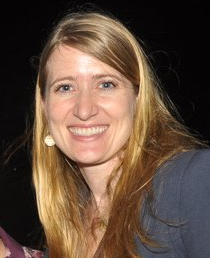 Experts in nutrition, researchers, academics, and business leaders gathered in London last week for the Global Alliance for Improved Nutrition (GAIN)’s Symposium to progress thinking around infant and young child nutrition. When seeking to develop effective communications to bring about lasting change, understanding the motivations and cultural and societal beliefs that inform behaviours is essential.

Indonesia faces major nutritional challenges. Rates of childhood malnutrition are high and, according to the national nutrition survey Riskesdas (2013), 37.2% of children in the country are affected by stunting.

In May 2013, GAIN teamed up with researchers from the London School of Hygiene and Tropical Medicine and Savica, a public health consultancy, to conduct research into infant feeding practices in East Java, Indonesia. The objective was to improve our understanding of what influenced women when feeding their children, in order to develop a behaviour change campaign that would improve infant and young child feeding practices. In particular, we wanted to find out more about the practice of giving infants formula milk as a supplement in the first six months of the child’s life—a behaviour we wanted to change.

The formative research gave us some valuable insights into what influenced the behaviour of mothers. With breastfeeding, we found that women were often concerned about their ability to produce sufficient breast milk or whether it was of good enough quality. It wasn’t that women didn’t want to breastfeed exclusively—they all want what’s best for their children so if they consider that their own breast milk is insufficient, they may resort to using formula in the first six months.

As a universal insight, it is common for women anywhere in the world to feel insecure about their own breast milk. In our community activation component, one approach we chose was to use “emo-demos”—short for “emotional demonstrations,” where we aimed to address the varying underlying motivators of behaviour, which are generally non-rational and based on emotional responses. We were trying to steer away from the education/information route, which is often used for these types of nutrition interventions. Our aim was for the women themselves to have an emotional revelation moment, because we believed that would be far more influential on how they practised a particular behaviour in the future. Most knew what the ideal behaviour was, but didn’t do it because they didn’t believe their breast milk was enough for their child.

We also tapped into behavioural motives such as nurture, love, curiosity, and disgust. One such emo-demo we dubbed “refilling the glass.”

Women’s concern that they do not produce enough breast milk stems from the fact that they cannot see how much their child consumes. As infants develop, they become more interested in other things going on around them, they get more unsettled and distracted while they are being breastfed, or begin putting things into their mouths, and lots of women misinterpret these behaviours as their child being hungry, or ready to eat other foods.

Refilling the glass was aimed at trying to get mothers to understand the relationship between their child suckling and the production of the breast milk, namely the physiological response of milk production stimulated by a child’s suckling. Our objective was to have them realise that they can produce enough during the first six months since their bodies will adjust to the needs and demands of their child. If they use formula, the child will suckle less, which in turn means that the mother will produce less milk. We were trying to give them a moment of revelation about the fact that they can produce what their child needs.

To visualise this, we utilised the very simple physics of oil versus milk, to demonstrate that if you breastfeed then your body produces as much milk as your child consumes. We poured one glass full of milk to represent the amount that the child demanded, and in the second we poured half milk and half oil (representing formula). We then spoke about the fact that the child was consuming the same amount in either case and that formula would not be given in addition, but would merely replace the breast milk. We then also discussed that the milk produced afterwards would be less in the woman who supplemented with formula, since milk production would only match what was consumed previously.

“Refilling the glass” was just one of a number of emo-demos we developed, and promoting exclusive breast feeding was just one of several key behaviours we are trying to change. Yet it demonstrates how important formative research can be in shaping behaviour change interventions, which can alter deeply held beliefs about infant and child feeding.

Janneke Hartvig Blomberg is a senior associate with GAIN in the Maternal, Infant, and Young Child Nutrition team, where she is leading the design of complex projects including the MYICN project in Indonesia. She has worked on nutrition issues across sectors including health, agriculture, social protection, and early childhood development for more than 10 years, including as nutrition specialist for the World Bank, in academia (including the WHO collaborating centre Metropol University College, DK), and for various NGOs—mainly in East Africa. She has a MSc in public health nutrition from the London School of Hygiene and Tropical Medicine, and a Honours BSc in nutritional and nutraceutical sciences from University of Guelph, Canada.