Here is a taste of what’s new on thebmj.com today.

If I ruled the NHS

• We need drones, robots, and autonomous ambulances
In our new series, Mary Church, a Glasgow GP, would turn to technology to solve the NHS’s problems. “The current technology used in out of hours services—a human with a certificate gained after a two week course on how to triage potential risk, including the risk of avoiding risk—will be replaced by medically qualified clinicians. GPs will be cloned to meet the 24/7 demand, making it much easier for patients to seek a second opinion,” she writes.

Clinical Review
• Multidrug resistant tuberculosis
James Millard and colleagues have systematically considered the latest evidence on diagnosing and treating tuberculosis with resistance to at least rifampicin and isoniazid. They discuss the problem of MDR TB in both rich and poorer settings.

England’s health secretary, Jeremy Hunt, has rejected a recommendation from a report into lessons learnt from the Jimmy Savile scandal that all volunteers working in the NHS should have criminal record checks every three years, suggesting instead that NHS trusts should take a “considered approach” to checks.

• Healthcare outsourcing from NHS to independent sector rose from 4.8% of market in 2009 to 7% in 2014, report shows
The role of the private sector in the NHS has been growing steadily under the coalition government, concludes a report by LaingBuisson, a healthcare consultancy. But has it improved outcomes for patients at the same or lower cost?

• Outbreak of swine flu in India is no worse than seasonal flu, say specialists 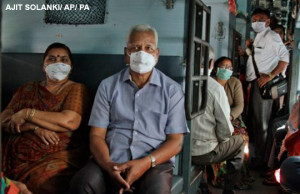 The outbreak of H1N1 influenza in India this year, which has killed 875 people since 1 January, is not yet a major concern because the incidence and mortality are no different from those caused by seasonal flu in developed countries such as the United States, say infectious disease specialists.

However, they said that the Indian government should now recommend vaccination for at risk groups, including elderly people, patients with chronic diseases, pregnant women, and young children.

Poll
• Is a smoking ban in parks and outdoor spaces a good idea? Vote online

We’re keen to hear your views on any or all of these issues. We republish the most interesting and useful online responses we receive as formal letters to the editor.