News
Statins: The Cholesterol Treatment Trials Collaboration plans to produce tabulated results of all side effects recorded in 30 randomised controlled trials of statins by the end of this year. Rory Collins, professor of medicine and epidemiology at the University of Oxford, does not expect the results to “alter the evidence,” which he says strongly favours statins. 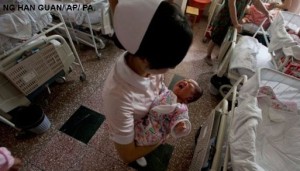 China: Illegal sex selective abortion, fuelled by the belief that only sons can provide for families, has decreased for the sixth consecutive year, but is still resulting in a ratio of 115.88 boys born for every 100 girls in China.

UK politics: The UK government has again come under fire for the effect of its politics upon health. The Public Accounts Committee has said that the decision to stop direct flights to west Africa in response to the Ebola epidemic had “no basis in science” and has “potentially [led] to further loss of life,” while public health leaders have told a parliamentary health committee that “austerity is a really serious enemy to any [public health] prevention.”

Research and editorial
Joined-up care for mental and physical conditions: Coventry and colleagues report the results of their trial to test the effectiveness of an integrated collaborative care model for people with depression and long term physical conditions. Jane Gunn explores this in a linked editorial.

Research news
Research published in PLOS Medicine shows how pedometers can help older people to become more physically active. A randomised controlled trial that gave one group pedometers and a walking plan saw them spend 40 minutes a week longer up and about than the control group.