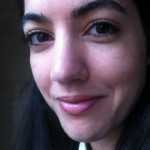 A news story last week reported scepticism about whether GPs should prescribe anti-viral neuraminidase inhibitors osteltamivir and zanamivir to prevent flu in nursing home patients. Yesterday afternoon, another news story said that some GPs feel pressured by Public Health England to do so. The chair of the BMA’s General Practitioner’s Committee’s Clinical and Prescribing Subcommittee, Andrew Green, has said: “Nobody can compel you to do it, but nobody can advise you not to either.” So, as a GP, if the decision to prescribe is mine, how will I decide?

I spent an hour or so having a cursory look. (NB: far more time than I would have working a clinical day)…

The stories highlight discrepancies in key sources of information that GPs might turn to. Public health England advice 2014/2015 is predominantly based on the 2008 NICE guidelines. But NICE decided not to update these guidelines after new data emerged; these included some unpublished studies, and fuller data sets underpinning already published studies. These new data, drawn from clinical study reports of drug trials, were published in The BMJ in 2014. The data on oseltamivir and zanamivir inform the latest Cochrane library review on neuraminidase inhibitors for preventing and treating influenza in adults and children.

The further I read the more uncertain I became. All the sources draw on a small set of imperfect studies. Some exclude people with chronic illness or include very few patients over 65 years, limiting their utility. Marrying the words and terminology used in clinical practice with the words used by flu researchers is tricky and it is hard to understand which symptoms are included in what patterns, or the clinical relevance of some terms such as “asymptomatic” flu.

The conclusions were more favourable towards giving the drug where only the published studies were used, and less favourable where the newer data from the clinical study reports had been added. But in both cases the overall picture seemed uncertain due to an absence of evidence.

Even where sources seemed to agree about a particular study and its finding were worthy of discussion, the experts interpreting the findings seemed divided. For example online yesterday in rapid responses the Cochrane authors challenged the impressive sounding statistics used to support one of the drug’s use to avert secondary complications in prophylaxis. They agreed that a 0.30 reduction in pneumonia was seen, but are unconvinced about the value of self reported pneumonia as an outcome, and the strength of the relative risk statistic. When given as absolute measures they say, “the risk difference, however was small (0.32%), meaning 311 people would need to be treated to prevent one person self-reporting that they thought they had pneumonia (95% CI 244 to 1086).”

What decision am I making?

Having made little progress, I had a cup of tea, and pondered what the aim of prevention was in the first place. And in the process realised, that I don’t have a clear understanding of what the rationale for prevention of flu in nursing homes is.

Is it about public health or individuals? Preventing complications, admissions, deaths? Or is it really just a question of an individual and their comfort?

If the aim is a public health one—to prevent spread— would my isolated decision to prescribe or not be helpful? Each nursing home may be served by a number of GP surgeries and doctors, is a generally co-ordinated approach needed to achieve benefits? And how does that square with another thread mentioned in the news story that Roche have admitted that oseltamivir does not prevent infection and Cochrane found that the oseltamivir trials did not demonstrate that it stopped spread because of their design.

Do we have the evidence to answer these questions? It was a frustrating morning overall, and one that left me with more questions than answers, not just about the drug, but about organisations judging the data. Why haven’t NICE, the regulators, and medical colleges communicated the implications of the new evidence in a more clinically applicable way? It seems to me that deferring the decision to doctors and patients without clearer information for them is a bit of a cop out.