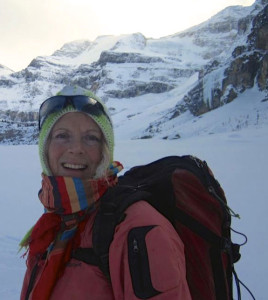 I arrived in Juba, the capital of South Sudan, on 2 January for two whirlwind days of being briefed on my new role as medical specialist in Yida refugee camp, which is at the northern edge of South Sudan. On Sunday, my rest day before flying north, I was asked to help arrange care for a young boy who was arriving by MSF plane from a project not far from my own.

You can’t imagine how proud I felt to be part of this: my new team. It was such a thrill to pull on my emblematic MSF T shirt, grab my stethoscope, and clamber into the MSF ambulance along with our head of mission and two team members. We negotiated our way on to the tarmac of the airport, bursting into activity as the small white MSF plane landed.

The nurse on board had provided exemplary care, and the young patient was stable and comfortable. The nurse turned to assist the boy’s mother, barefoot and clutching a rough cloth bag, from the plane as the team loaded the boy into the ambulance, taking the time to offer comfort to this woman who’d never before been out of the bush.

As we drove to the private hospital in Juba that had offered to take him, we heard the boy’s history. He had been gored by a bull three days before, and his family had carried him for two days to arrive at the nearest MSF centre. The team there was woken at 6.30 in the morning with a call for help, and found the boy near death from sepsis, dehydration, and pain. The medical team worked to stabilise him with intravenous fluids, antibiotics, and analgesics. He pulled through, but a plane couldn’t be arranged until Sunday, the next day. We finished hearing his history as we pulled up to the private hospital.

The surgeon met us and I reported to the theatre staff. After examination, the surgeon said that he could not manage this case, but would help us arrange for another surgeon to assess the boy if we could transport him to the teaching hospital. We loaded the boy and his mother into our jeep and were back on the road.

The emergency department at the teaching hospital was a sea of confusion, with 20 patients in a room and two patients lying on the floor. We placed our patient on the only bed in the room and entered the nightmare of trying to get things moving.

First we had to have blood before going to the operating theatre. The young doctor in charge of casualties guided us to the lab, where the mother’s blood was screened for malaria and other types of blood disease. Her blood was not infected, and she was a match with her son’s blood type, but before the lab would take her blood she had to eat.

No problem, I thought, as I had noticed a small store with buns, fruit, and water nearby. I bought food for her and she ate it quickly, hovering near her son. The sun crawled slowly westward as we went back to the lab, only to have four lab technicians argue with me that she hadn’t eaten the right sort of food. In South Sudan, one must eat meat before donating blood. The senior lab technician then led me across the road to a restaurant where five dollars bought a bowl of chicken—the proper food.

It was back to the lab to have the mother donate a pint of blood, then I went to find the young casualty doctor to announce that the blood was ready. By now the sun was dipping to the horizon. “What is the holdup?” I asked.

“The staff surgeon is not here. He is coming from far away.” The young doctor shifted his gaze, understanding the urgency of the case but unable to proceed. We passed over the rest of the IV antibiotics and analgesics, reluctant to leave, yet with nothing further that we could do.

I received the news on arrival in Yida. The head of mission had kindly informed our project coordinator that the young boy had come through surgery and was doing well. I was able to start my six month mission with a lighter heart.

Lanice Jones is a family physician working as a medical specialist in Yida, South Sudan, with MSF. This is her second MSF mission. Her role is to provide support and leadership to all members of the medical team, and to work with the other team supervisors to ensure the success of the mission.

MSF is running outpatient and inpatient departments in Yida refugee camp, where nearly 70 000 people are sheltering after having left the Nuba mountains. In 2014, MSF provided nearly 95 000 consultations in Yida alone. Read more from Lanice and other MSF staff writing about their work in South Sudan.

About MSF in South Sudan

Over 1.9 million South Sudanese people have been displaced from their homes since conflict broke out in December 2013. Around 1.4 million of these people remain within the country, while more than 470 000 are seeking refuge in neighbouring countries.

During the conflict, MSF has had to relocate services to pre-existing facilities that have become overstretched. We have built tented hospitals, worked under temporary shelters, and set up inflatable hospitals.

With over 3800 local and international staff working in the country, we have set up emergency projects to respond to the growing needs of people directly affected by the crisis. 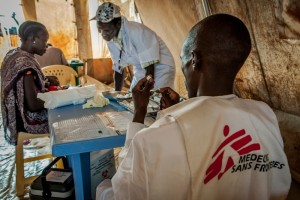