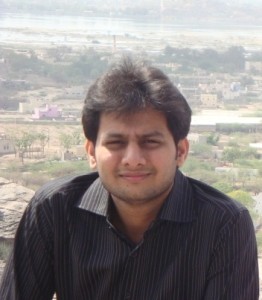 The first budget for India’s newly formed state, Telangana, was presented amid a lot of hype and media attention. A cursory look at the budget shows that the allocations reflect the Telangana Rashtra Samiti (TRS) party’s promises made in their election manifesto. From the waiver of farm loans, to creating a drinking water grid, to making Telangana state the “seed bowl” of India by developing seed chains, all were part of the party manifesto.

Importantly, the allocation of money for social services has increased substantially, with a major emphasis on education, health, as well as drinking water supply. Another important feature mentioned in the budget is that of the “Asara” scheme for older people and people with disabilities, which will increase pensions.

Telangana has a shortage of hospital beds and doctors. Furthermore, as this government report mentions: “As in education, there is a concentration of facilities in Hyderabad, making for a thinner spread in the Telangana region. The gap between Telangana without Hyderabad and the state average shows an increase between 2001 and 2009.” This is similar in the case of various health indicators too.

It is important to look at the health sector from a systems perspective, if one wants to revive it. Well documented research shows—and it is almost universally accepted—that, presently in India, the public health system is in shambles and people are paying huge amounts of money out of pocket for healthcare, which is a major reason for many Indians falling into poverty or being in poverty.

The World Health Organization’s (WHO) health system framework is useful to understand the issues at hand. According to it, there are six building blocks on which any health system works. Those are leadership and governance, healthcare financing, health workforce, medical products and technologies, information and research, and service delivery. Neglect of any one component may lead to unintended consequences in the process of reforming a health system.

The WHO Health Systems Framework

Let us analyze each of these WHO building blocks to understand their implications for reviving a health system. Since this blog was prompted by the announcement of the budget, I will start with healthcare financing. In line with the government’s vision, the amount of money allocated for the health sector has increased substantially, but there is little clarity on where these funds should be used—for instance, in the infrastructure development of existing healthcare units or in setting up new units.

In the governance and leadership area, it is essential to recognize that to revive the public health system, it is important to control the proliferation of the private sector by means of regulating it or competing with it. Previous research shows that because of a lack of regulation, patients are at the mercy of a huge private sector. It is also reported that the Rajiv Aarogyasri scheme, which was drawn up to provide quality healthcare for patients who are poor, has in fact helped the private sector thrive.

Coming to the health workforce, as mentioned above, the Srikrishna Committee have pointed out the regional disparities in the number of doctors in the health sector. There are many reasons for this, such as a lack of infrastructure in rural hospitals, to a pervasive incentive structure. This is causing damage to public healthcare in rural areas and is pushing people to go to the private sector for care. The recent tangle between the government and junior doctors in Telangana, who were striking over the mandatory rural service clause, is an example of the messy situation in human resources. So the new government must come up with a plan to tackle this issue in a systematic manner.

In the medical products area, especially drugs, Telangana can learn from other states, such as Tamil Nadu, by setting up a separate public drug procurement agency and by providing essential drugs free of charge.

Behavior change communication (BCC) is a major part of reviving a health system, for, as research shows, it is the attitude to disease and gaps in information that are major determinants of disease patterns. For example, if one looks at the issue of sanitation, data from the 2011 census show that, excepting Hyderabad and Ranga Reddy, in all other districts of Telangana more than 50% of people do not have access to a toilet facility. However, recent research shows that the prevailing situation cannot be tackled by merely allocating money—other tools such as BCC are needed.

Finally, when it comes to service delivery, it is important to aim for parity in the geographical distribution of public health institutions. At present, intentionally or unintentionally, more and more money is flowing into developing healthcare delivery in urban areas. In the present budget too, a lot of money is allocated to hospitals in Telangana’s state capital Hyderabad.

As a newly formed state, Telangana has a unique opportunity to make things right in its public health system. For that to happen, we need to plan in a systematic manner, rather than allocating money here and there. Rather than giving one crore for each district hospital, it would be a good idea to select one essential and strategic hospital in a poorly served area and enhance its capacity to deliver care.

As was mentioned in the budget speech, we cannot change the system at once and need to work through incremental changes, but these changes have to be planned and executed in a systematic manner. The intention to revive the public health system and the allocation of more resources to it are steps in the right direction. But what we really need is strategic planning to revitalize the public health system.

Sandesh Kotte works as a research associate with the School of Development at the Azim Premji University, Bangalore, India.