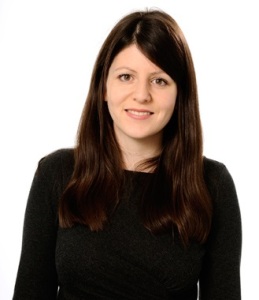 As part of the Health Foundation’s work on analysing the controversial decision to prohibit the proposed merger of Poole Hospital NHS Foundation Trust and the Royal Bournemouth & Christchurch Hospitals NHS Foundation Trust, we’ve been grappling with what the role of foundation trusts really is in an ever changing system.

Last year, after the decision made by the then Competition Commission to prohibit the proposed merger, press reports were strongly associated with headlines around competition. For example, Polly Toynbee wrote in the Guardian that “competition is killing the NHS, for no good reason but ideology. Enforced competition, as predicted, is wasting millions and putting lives at risk. Just look at Bournemouth and Poole.”

On the one hand, we expect foundation trusts to operate in a quasi-market environment, competing for patients and referrals and achieving financial balance. On the other hand, we expect them to act for the greater good, often against their own financial self-interest (such as working with other stakeholders to shift care into the community).

The Equity and Excellence white paper suggested that providers should be given freedom, and that the system of controlling foundation trusts would no longer be based on national and regional performance management. Yet we know that the Department of Health has been closely monitoring A&E waiting times, and NHS foundation trusts (like NHS trusts) can expect personal calls from the secretary of state if performance slips.

Unlike independent sector bodies, NHS trusts and foundation trusts may receive subsidies to prevent failure and are subject to a high degree of scrutiny, both from regulators and from within the Department of Health. However, strictly speaking, if a foundation trust is to be considered as an enterprise, subsidies may fall foul of European legislation, which prohibits state aid owing to its distortive effects on competition unless specific conditions are fulfilled.

At the heart of this issue is whether healthcare services are intrinsically “special.” The concept of healthcare market failures has been well researched in the work of American economist and political writer Kenneth Arrow, whose work from 1963 has been particularly well cited. He highlighted the fact that healthcare professionals are expected to put patients’ interests above their own self-interest, suggesting that “it is clear from everyday observation that the behaviour expected of sellers of medical care is different from that of business men in general.”

While the administration of healthcare has moved on a bit from the 1960s, this quote is still as relevant today. However, the division between business and healthcare has become muddier, particularly for NHS foundation trusts. Should they be treated as independent businesses for the purposes of system management, or should they be protected as public institutions with a broader social purpose?

At the moment, NHS foundation trusts appear to be somewhere in the middle. Sometimes this works in their favour, but at other times (such as the decision to block the merger at Bournemouth and Poole) it may not. This middle ground makes life a bit more complicated. Interestingly though, when the white paper A National Health Service was published in March 1944, the government did not originally intend to nationalise the voluntary hospitals (including hospitals such as Guy’s in London and the Bristol Royal Infirmary—both now part of foundation trusts), which had developed with very different cultures and ways of operating compared to the municipal hospitals run by local government.

Given the focus in the NHS Five Year Forward View on dissolving traditional sector boundaries, and on managing systems rather than organisations, more thought should be given to what role NHS foundation trusts have in the future. Are they part of an NHS chain or should we view them as individual enterprises? The issues above are not simply academic, they are instead fundamental questions at the heart of how the NHS should be managed and regulated in practice.

As we get closer to the election, politicians of all stripes will be anxious to show that they are protecting the NHS, but what is it exactly that they are now fighting for? Is the most valuable aspect of the NHS actually the principle of universal health coverage funded through taxation? Or is it the wider system of administration and provision that is purchased on our behalf?

Read The BMJ‘s related news story: Poole and Bournemouth hospitals should have another chance to put the case for a merger, charity says

Emma Spencelayh is a senior policy fellow at the Health Foundation, and has previously worked for the Nuffield Trust and the Department of Health. She started her career on the NHS Graduate Management Trainee Scheme.